The two cogs found in Varberg on the western coast of Sweden last spring were built in the middle of the 14th century and came from afar, new analyses show. The two cogs, named Varbergskoggen 1 and Varbergskoggen 2, were found at the former shoreline next to Varberg's medieval predecessor Getakärr. During the Middle Ages, Getakärr was a town in northern Halland, located immediately north of the current centre of Varberg, which is a city on the western coast of Sweden.

The cog was a common ship type during the period 1150 to 1450, but nonetheless, only a handful of cogs have been found in Sweden.

The two cogs have features that are characteristic of medieval shipbuilding techniques: The bottom of the hull is carvel-built (where the planks are laid edge to edge) while the sides are clinker-built (where the edges of hull planks overlap each other); the seal between the boards is made with moss and special sealing strips: and the strong crossbeams have their ends sticking out through the sides of the hull.

Several interesting finds were made in the wrecks, such as leather shoes, wooden household utensils and ceramics, which can tell a lot about life on board. In Varbergskoggen 1, which is the larger of the two, there were also a lot of equipment and spare parts for the ship.

"We have fine wooden objects that the crew used in their everyday life such as wooden bowls and spoons; we also have a number of barrel locks and barrel bottoms with engravings. In the field, we have collected soil samples for analysis, which may contain food remains and show the type of cargo that was on board. From that we can learn where they came from and where they were going," said Elisabet Schager, an archaeologist at Sweden's National Historical Museums.

The first wooden samples from the wreck have now been analysed and show that Varbergskoggen 1 was built with wood that was felled after 1346 somewhere around the Netherlands, Belgium and northeastern France.

The smaller Varbergskoggen 2 was built from oak that was cut in 1355 to 1357 in northern Poland. The analyses suggest that both ships were long-term guests in the port. To specify the dates and get an idea of how long the kegs were in use, further samples will be analysed in the future. What is unclear is why they sank, said Schager.

"When we clean the timber prior to the 3D scan and look at each part, we may be able to see what is the cause. What we have been able to ascertain already is that when the larger cog came to rest on its side, it was still rigged for some reason."

Varbergskoggen 1, which consists of an almost complete port side, is also the best-preserved cog wreck so far investigated in Sweden. As the dimensions of the timber in the ship's construction as well as the execution of certain construction details differ between the two wrecks, they complement each other in an extraordinary way.

The cog wrecks found around Europe vary in age, size, construction and cargo capacity. This means that knowledge of the ship type's origin, development and spread over time is still very limited. The cogs in Varberg can contribute important knowledge here. 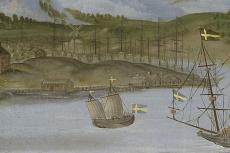 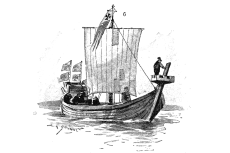 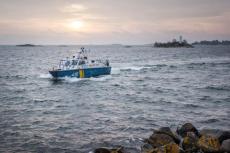