The Baltic Sea offers some very treacherous waters even under the best of circumstances. The price to pay for sailing the Baltic through the millenniums has been high, and traces of those costs are scattered over the bottom. The value is not measured in money, but in knowledge. Due to extremely favorable conditions, the wrecks and the remains found are virtual time capsules, waiting to tell their stories about people and their way of living in the past, about the countries and the cultures of Europe.

Nowhere else in the world are there as many well preserved wooden wrecks as in the Baltic Sea, and there is much to tell, but for now, we are going to zoom in on Stockholm's archipelago in Sweden. Over 20,000 islands made navigating through these parts extra challenging in times long before the Viking Era.

Through well-kept archives, we have information of over 20,000 wreck site locations in this region. Yet, only a few of them have actually been found and explored by divers. The wrecks are hard to find, even with modern technology. When a new find is presented, it is a big deal and very exciting.

Strides in new technology have made it easier than ever to find wrecks lost for centuries. Note that I say easier than ever, not easy. Easy it is not, but with a ‘little’ bit of funding, a crew made of the right stuff, lots and lots of time and a pinch of luck, it can and is done. Not too long ago a team of Baltic divers brought attention to some really spectacular and significant finds in the Baltic, among them, the wooden warship Mars, which sank in 1564 (read the story in X-RAY MAG #59). That discovery brought a bit of frenzy to the world.

Researchers and marine archaeologists should have a field day, but there is always that tiny little hindrance called money. Excavating something from the bottom of the sea is a costly matter, so the wrecks are protected with a no-dive clause attached to the protection. Now no one can enjoy the wrecks, everything comes to a standstill, and no one is happy. How can we find a solution in which the wrecks can be enjoyed in the meantime?

In 2012, museums and cultural and natural heritage authorities in Sweden, Finland, Denmark and Norway partnered up in a project called Nordic Blue Parks. The aim was to develop sustainable marine tourism combining outreach with protection. They wanted to do so by opening underwater parks that combined cultural experiences with nature. Through the Blue Parks, all visitors, not only divers, were going to be able to experience even the most fragile shipwrecks. Perhaps tourists could be brought to the wreck sites by boat charter, with ROV (remotely operated vehicle) capacity? Or through an interactive museum experience using computer animations? Ideas were tossed around and tossed away.

Haninge Kommun, in cooperation with Swedish Maritime Museums (SMM), took the ideas and ran with them. It is 2014, and the first-ever Maritime Historical Underwater Shipwreck Preserve is about to open up in the Baltic Sea. Three wrecks have been chosen for the preserve, and there will be possibilities to dive the wrecks as well as opportunities to sign up for the full ROV experience.

It has taken eight years of hard work and the co-operation of the municipal of Haninge Kommun and the Swedish Maritime Museums as well as some private actors that just wanted this to happen, such as myself, to come to this point. The work has been groundbreaking, a true learn-as-you-go experience, as nothing like it exists in the world. Anyone, scuba diver or not, can visit the location of the wrecks, and see what is going on in the deep, in real-time.

Of the three wrecks chosen initially, two are well known in the dive community, but 20-something years ago, dive restrictions were put on the Jutholmswreck and Anna Maria.
The Jutholmswreck is a small flute. She sank near the end of 1780. A flute is a ship type known for its loading capacities and was mainly used for trading. There are still parts of the cargo left on the wreck, like barrels of tar and iron bars.

Anna Maria, another flute, but bigger, sank in the harbour of Dalarö in the harsh winter of 1709, after a fire broke out while the crew were downing some beers at a nearby establishment. Both these wrecks are well documented and excavated.

The third one is a wreck found only eight years ago, a magnificent wreck with a mysterious past from the mid-late 17th century. An immediate dive ban was put in place, so very few have seen this pristine and truly unique ship. She sits upright on the bottom with everything, and I mean everything, completely intact. Give or take some hundred years of wear and tear of course—she did go down about 350 years ago after all—but the location is so sheltered that even parts of the masts are still standing and pieces of the sail have been spotted.

The Dalarö wreck will be the signature wreck of the park. Even though she is extremely well preserved, she is the most fragile. Some excavation has been done, but so far, her story remains a secret. Spread out on the deck, artefacts from everyday life aboard can be found. Two flintlocks and one wheel lock pistol, Bartmann jugs from the city of Amsterdam in Holland, an open toolbox and more. All is out in the open, and that is how the authorities want it to remain, for everyone to see. That will be done through careful restrictions and regulations.

Dendrochronology suggests that the ship's timbers were felled after 1613, possibly from Northumberland. A glass bottle found in the wreck bears the Crest of the Boynton or Ogle family from Northumberland in England, which is quite a significant clue, but more information is needed. There is a good chance that the answer can be found through future excavations, so stay tuned.

The cultural resources of the Baltic are under constant threat from pollution, looting and deterioration as it is. To avoid any undue and unnecessary damage, specially trained dive guides will be the guardians of the wrecks' well being.

As a diver, you will be allowed to dive the wrecks only if the wreck park rangers determine that you have the necessary qualifications.  It will be pretty straightforward in regards to Anna Maria and the Jutholms wreck, as long as you can prove that you can handle yourself, your equipment and have a clue about your buoyancy in cold water.

With the signature wreck, things will be a bit different. It will not be enough to just have a clue about your buoyancy control, you will need to know exactly what you are doing, and you will be judged during other dives, so you might want to plan more than a day at this destination to have a possibility to experience the Dalarö wreck.
It took eight years and a lot of hard work to reach this point, to be able to visit these unique wrecks, but make no mistake, the permission can be taken away in less than a day.

Peter Norman from RAÄ, the Swedish National Heritage Board, explained that their mission is to play a proactive, coordinating role in heritage promotion efforts. Although they welcome the interest for historic remains under water, they have to ensure that the historic environment is preserved in the most effective possible manner. Any sign of unnecessary wear and tear, and they will reassess the permissions.

Bad buoyancy skills are not the only danger to the Dalarö Historical Ship Wreck Preserve. Looting is also a very real threat and will be even more so as the park opens up and the location becomes more widely known. The coast guard and the Baltic Sea Police have been part of the pro-ject from the start, and are well aware of what is at stake. They are not the only ones, the society as well as the Swedish dive community are very protective of these gems as well, and will make sure that the coast guard and the Baltic Sea Police will be alerted to any suspicious movement around the wrecks.

Diving will only be allowed in small groups, and with a specially trained dive guide, an underwater wreck park ranger. The Swedish Maritime Museums invited anyone with at least a level of dive master or equivalent certification to become certified as an underwater wreck park ranger for Dalarö Ship Wreck Preserve. That required two days of training, beginning with classroom training in the form of lectures, and a dive day in the preserve.

The first part of the training was held at the world famous Vasa Museum in Stockholm. The lectures touched subjects of laws pertaining to the protection of the wrecks, and criminal activities such as looting and more. Also discussed were safety issues, and the importance of knowing about our past and the roll archeology plays in that.
Nina Eklöf, Jim Hansson and Trevor Draeseke were the marine archeologists and the representatives from SMM.

They covered topics including what is marine archeology, how do they go about it on an everyday basis, and why marine archeology is such an important science. They spoke about research and the fact that there is not as much funding for research, so they have to spend it wisely.

“We rely on you to spread the right information about our historical wrecks, and it will be your job to enforce a positive attitude or change the attitude about them.” They pointed out that the wrecks are vehicles for understanding a certain time period in the past, which is what makes them so interesting, and that we now have an opportunity through the wreck park to reach a larger audience with that message.

So what happens now?

The next step is the in-water training that will take place in mid-May. After that you can book your historical wreck dive with one of the Underwater Wreck Park Rangers. Unique to the park is also the non-diver program. Tourists with an interest in history, but with no intention of getting wet, can be brought to the wreck sites by boat charter.

There are even opportunities allowing visitors to experience what happens on the wreck in real time, through ROV (remote operated vehicle).

By now I think I've managed to convey that the Stockholm archipelago really is a fabulous historical underwater maritime museum. It is a museum without real access to the public, unless you are a scuba diver. But times have changed, and the authorities' dream of Nordic Blue Parks, open to everyone, diver or not, is really happening. This is a big thing. Welcome to Dalarö Ship Wreck Preserve, and enjoy experiencing the past. ■ 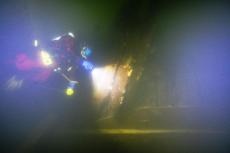 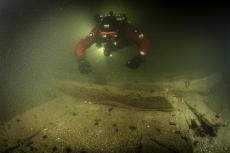 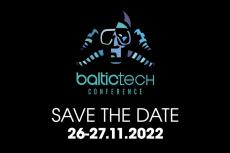