Diving with a Defect - Understanding the PFO

The patent foramen ovale (PFO) has been a point of research and concern for divers since it was introduced as a possible risk factor for DCS by researchers in Great Britain and at Duke University in 1989. The relatively benign cardiac defect creates a passage in a wall of the heart that normally separates the left and right upper chambers of the heart. It can be found in as many as 27 percent of adults and normally causes no symptoms. In divers, it may provide a path for venous gas bubbles to bypass the lungs and enter into arterial circulation, which increases a diver’s risk of DCS.

Modern discussion has led to a wide variety of recommendations on the topic from a number of sources, leading to some confusion. While some agencies and physicians recommend diving conservatively with a known PFO, others recommend surgical closure, and still others advise that there may not be a benefit to closure and that divers should just be aware of their condition.

Advanced and technical divers who may perform long or deep dives that promote post-dive bubbling should be knowledgeable of the condition and its potential risks. An informed decision on screening and surgical closure can only be made with a physician’s consultation, but here is what you should know about the condition and how it can affect your risk of DCS.

What is a PFO?

Normal passage of blood in an adult travels from the great veins of the body, through the right atrium, into the right ventricle, then to the lungs via the pul- monary artery. The lungs oxygenate the blood and filter out venous bubbles, and the blood is returned to the heart via the pulmonary veins. From the pulmonary veins, blood travels into the left atrium, and then is pumped into the left ventricle and back into various body tissues via the arteries.

A PFO is a communication, or opening, between the right and left atria of the heart. In a developing fetus the lungs are not open and blood bypasses them through this communication, called a foramen ovale in a fetus. After birth, this opening is closed by a flap of tissue that acts as a valve--because pressure in the left atrium is slightly higher than the right, the flap stays closed.

In most people, the flap eventually seals over and the foramen ovale completely disappears. In as many as 27 percent of individuals however, this flap never closes and results in a patent foramen ovale, or an incompletely sealed foramen ovale. The condition poses little or no risk to non-divers, but because the passage can open and allow blood to flow directly from the right to the left side of the heart, divers with a PFO may be at an increased risk of DCS. Normal post-dive bubbles can theoretically pass through the opening and directly into the arteries, bypassing the lungs, which would normally filter them out, and traveling back into the tissues of the body.

What are the risks?

It is important to recognize that the incidence of DCS in recreation and technical divers is extremely low, and that many divers with a PFO will never get DCS. There is, however, a strong association with the existence of a PFO and repeated or serious DCS.

Divers without a PFO can still get DCS, and the risk can be mitigated in many situations by avoiding dive profiles that are likely to generate significant post-dive bubbling and physical effort post-dive that could cause the PFO to open. Studies have found that divers who suffer from DCS have a PFO prevalence of twice that of the general population.

Divers who suffer from neurological DCS symptoms have been shown to have a PFO prevalence of twice that again, almost four times prevalence of the general population. On the other hand, pain-only DCS does not appear to be associated with the PFO.

Is there a treatment?

Because a PFO causes no symptoms, the condition is typically undiagnosed. It is possible to detect the communication between the atria with non-invasive contrast transthoracic echocardiography (TTE), or transesophageal echo- cardiography (TEE), but both methods have some weaknesses.

TTE involves placing an ultrasound probe on the outer wall of the chest, but it detects a PFO only in half of the estimated population that has the condition. However, it catches most large PFO, which are considered an increased risk for DCS, and thus is recommended as a standard test for PFO in divers. TEE is more sensitive than TTE, but it is an invasive procedure that requires anesthesia, and is used only for special indications.

Current recommendations are that only divers with potentially indicative symptoms get tested for the condition. Divers with several incidents of DCS involving neurological or cutaneous symptoms should consider undergoing an evaluation and PFO screening.

PFOs can be closed with a transcatheter closure procedure, but the surgery is not without risks and there is no data on the outcome of PFO closures in divers. Recommendations on what acceptable indications for PFO closure may be vary, and divers with a suspected PFO should consult with a physician familiar with diving medicine to discuss the risks and benefits pertinent to their specific case. Divers with a diagnosed PFO who do not wish to undergo surgery can opt to dive more conservatively and avoid deep or long dives to minimize their risk of DCS.

For more information on the relationship between patent foramen ovale and diving, visit: DAN.org/Health 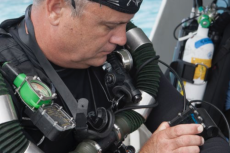 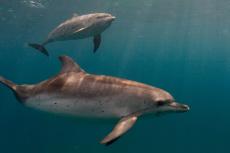 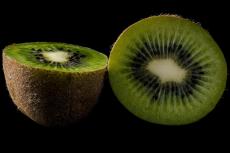 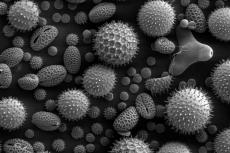