When considering underwater photography, we usually think about images of wonderful coral reefs, colourful fish, clear waters and undersea landscapes. In fact, 70 percent of our planet is covered by water on its surface, and, even though 97 percent of this is saltwater, the remaining three percent is freshwater in rivers, streams, lakes, ponds, marshes and groundwater. This is a tiny percentage, but it is very important: Freshwater allows for life on land and is strictly connected with human survival. The trench live in freshwater lakes and streams. Photo by Marco Colombo. Italian naturalist and scuba instructor Marco Colombo is an award-winning photographer and science writer who is also a co-author of photographic and species identification books.

His images, papers and articles have been published in several scientific and nature periodicals. In 2007, he discovered a new spider species on Sardinia.

He has been hosted on television broadcasts such as Linea Blu and Geo, and his photography has won awards and recognition in international competitions such as Asferico, GDT European Wildlife Photographer of the Year, Festival Mondial de l’Image Sous-Marine and, most importantly, Wildlife Photographer of the Year in which his work was chosen as category winner three times (2011, 2016, 2018).

In addition, his work has been shown in exhibitions and private collections of Italian wildlife. He has also served as a judge in several competitions, including Asferico, Nature Photographer of the Year, See in the Sea, Abissi Città di Venezia and In&Out.

Moreover, these often turbid and turbulent freshwater bodies host a huge variety of species, many of them as big and colourful as their marine counterparts. For this reason, we should be protecting freshwater environments, which are endangered by pollution, poaching, water withdrawal, climate changes and many other threats.

Italy is a very anthropised country, which has thousands of kilometres of rivers, and lots of big and small lakes. During my fieldwork, I decided to explore these delicate environments in order to shed light on the diversity of their inhabitants. I took underwater photographs while scuba diving, snorkelling or simply walking in the water, as sometimes the depths of these freshwater areas were not very deep. The main challenge though was backscatter, due to silty bottoms and strong currents, often experienced together with very low water temperatures.

From mountain peaks to caves, every corner of Italy offers surprises to the prepared naturalist and photographer. The important thing is to study the behaviour of one’s photographic subjects, in order to find them easily (more or less) and not disturb them while photographing them. Here are some of the species found:

Trout. The brown trout (Salmo trutta) lives in many streams and rivers, preying upon invertebrates, fish and frogs. Sometimes, in very cold waters, it is possible to photograph it very closely, with a wide-angle lens, in order to capture its image within its beautiful environment.

Tench. The tench (Tinca tinca) is a beautiful and clever fish, which lives in lakes and ponds. Its body has big rounded fins, giving the fish an elegant appearance. Preferring turbid waters with slow current, these fish feed upon worms, snails and other invertebrates on the lake bottom. It is not uncommon to meet them under fallen trees near the shore, where it is possible to approach them if one moves very slowly.

Sea lamprey. Sea lampreys (Petromyzon marinus) migrate from the sea to the rivers in order to spawn and build nests for their eggs, removing up to 10kg of pebbles with their sucker-like mouths. They are endangered in Italy by dam construction, while in North America, they are an invasive species, due to environmental alteration of the flow of rivers.

Crayfish. The white-clawed crayfish (Austropo­tamobius pallipes) often thrive in very clear and protected little streams on hills and in the mountains. A nocturnal species, they can be found in the open or along the steam bed during bad weather, looking for food (including invertebrates).

River crab. Usually, when people think of where crabs can be found, they think of the beach, but some species of crab can be found in tropical jungles too! In Italy, the river crab (Potamon fluviatile) colonises little streams in the central and southern regions of the Italian peninsula. Active during the night and early morning hours, these crabs can be found exiting the water and heading into the woodlands on rainy days, catching frogs, small snakes and insects as prey. Strangely, a population of river crabs can be found living in the centre of Rome!

Freshwater is also very important to animals that are not strictly aquatic, including birds (such as mallards like the Anas platyrhynchos), reptiles and mammals. These animals live near freshwater habitats in order to feed, drink and cool down during the heat of the summer, or find vegetation in which to shelter and feed during the winter.

Dice snake. Snakes are feared by people but, in fact, the Italian species of snakes are not dangerous. In particular, aquatic snakes are harmless and just hunt fish, using their tongues to find them on the lake bottom. The dice snake (Natrix tessellata) shown (see photo on next page) has just caught a barbel fish and is trying to bring it out of the water, where it will begin swallowing the prey, thanks to its ability to greatly widen its jaws.

Pond turtles. Pond turtles (Emys orbicularis) are shy and difficult to photograph underwater. Luckily, they often live in beautiful settings, where wide-angle shots are the best way of capturing the light found in these areas. This species moves along the bottom of river pools during the summer, looking for little animals to eat.

Toads. Not all the frog-like creatures are frogs. The Apennine yellow-bellied toad (Bombina pachypus) is a small toad, warning possible predators of its toxicity with its vivid yellow belly. It is endangered by the spread of a fungal disease, which can be found on amphibian skin, killing and depleting entire populations.

Newts and salamanders. Italian crested newts (Triturus carnifex) and alpine newts (Ichthyosaura alpestris) enter ponds in the spring, courting and laying eggs, and remain there until autumn, when they exit to go into hibernation. Salamanders, like the northern spectacled salamander (Salamandrina perspicillata), only enter streams to lay eggs, and then go back to the forest, where they are active during heavy rains.

Olm. Another amphibian that lives in underground lakes and rivers in northeastern Italy, the 40cm-long olm (Proteus anguinus) has extraordinary features. It is sightless, white and elongated. It can practise autotomy (self-amputation of its own limbs), live up to a century and fast for eight years (which is a huge adaptation to living in dark caves that are poor in prey), What’s more, it breathes thanks to cutaneous respiration. This species, which is endangered by pollution, is very difficult to find and photograph, because it is very hard to reach the pools where it lives.

A very big problem for biodiversity worldwide is the introduction of invasive species.

Coypu. One example is the coypu (Myocastor coypus), which comes from South America and was released in Italy where it damages shores, vegetation and birds’ nests.

Jellyfish. Curiously, another invasive species is the freshwater jellyfish (Craspedacusta sowerbii). The environmental consequences of this invasive species are unknown, but this jellyfish originally comes from China; it was first discovered in England, and is now widespread worldwide.

The conservation of freshwater habitats is crucial for life, even for humans. Rivers and lakes are not landfills, but treasures to protect and respect. ■ 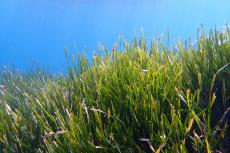 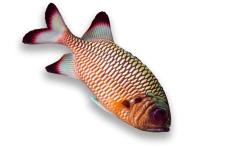