Research has shown that the marine creatures in the Mediterranean have been moving down to the cooler depths as a result of rising sea temperatures. Rising sea temperatures have prompted marine species in the Mediterranean to move deeper into the ocean depths.

Due to climate change, the average temperature in the Mediterranean Sea rises by one degree every thirty years, and this rate has been increasing. Because of this, the marine creatures there have been shifting their habitats to the deeper, cooler depths of the ocean.

They discovered that the animals deepened their minimum depth limits in relation to rising sea temperatures.

“It should be remembered that the Mediterranean was hot in the first place, and now we are reaching the limit of many species’ capacity,” said Prof. Jonathan Belmaker, from the School of Zoology in the George S. Wise Faculty of Life Sciences and the Steinhardt Museum of Natural History at Tel Aviv University.

According to PhD student Shahar Chaikin, “The minimum depths for species in the Mediterranean are getting deeper, while the maximum depths remain stable. The deepening effect was found to be more significant among cold-water species.”

“In contrast, there are species that function within a narrow temperature range and at a certain depth that deepen much less, probably because they cannot survive in deeper water,” he added.

The findings of the research was published in the Global Ecology and Biogeography journal.

The implications means that decision-makers would have to take the deepening of species into consideration when they plan for the future.

“For example, future marine nature reserves will need to be defined so that they can also provide shelter to species that have migrated to greater depths. And on the other hand, fishing in the future will involve fishing the same fish at greater depths, which means sailing further into the sea and burning more fuel,” said Chaikin.

References and further reading
Due to the warming of the Mediterranean Sea, marine species are migrating tens …
Cold-water species deepen to escape warm water temperatures
Advertisements

Closure of Guadalupe Island for divers cause of great concern for the sharks
30 Jan, 2023 - 21:33
END_OF_DOCUMENT_TOKEN_TO_BE_REPLACED
Advertisement 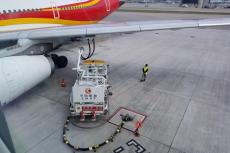 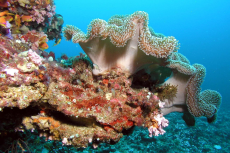