Situated in the sparkling Caribbean Sea, the three Cayman Islands, known as Grand Cayman, Cayman Brac and Little Cayman, lie some 250 km south of Cuba and about 300 km west of Jamaica.

Geographically speaking, they form part of the Cayman Ridge which extends westwards from Cuba over towards the Bay of Honduras. The Cayman Trench, which goes down to a maximum depth of 7686 meters, separates the islands from Jamaica. The Cayman Islands were first sighted by Christopher Columbus on 10 May, 1503, when he was blown off course en route to the island of Hispaniola, now known as Haiti and the Dominican Republic. He decribed two very small and low islands which, like the surrounding sea, were full of turtles, and for this reason he named these islands Las Tortugas. The two islands were Cayman Brac and Little Cayman. A map from 1523, showing all three islands, gave them the name Lagartos, meaning alligators or large lizards. However, by 1530 the name Caymanas was being used. It is derived from the Carib Indian word for the marine crocodile, which is now known to have lived in these islands.

On his 1585-86 voyage to these waters Sir Francis Drake, with a fleet of 23 ships, stopped at Grand Cayman and reported that the island was not inhabited, but crocodiles, alligators, iguanas and numerous turtles were to be found. However, it was the ample supply of turtles and their meat that made the islands a popular calling place for ships sailing the Caribbean. This eventually led the local waters to being denuded of the turtle, although the green turtle is still found in the seas surrounding the Islands where their fishing is allowed under licence.

The first recorded settlements were located on Little Cayman and Cayman Brac when Sir Thomas Modyford was Governor of Jamaica in 1661-7. Although Spain had recognised British possession of the Islands in the 1670 Treaty of Madrid, there were still many Spanish privateers plying their piracy at this time. For this reason the settlers were called back to Jamaica. Often in breach of the treaty, British privateers also roamed the area taking their prizes, probably using the Cayman Islands for replenishing stocks of food and water and careening their vessels. During the 18th century, the Islands were certainly well known to such pirates as Blackbeard, even after the Treaty of Utrecht, in 1713, was supposed to have ended privateering.

On 8th February, 1794, an event occurred which grew into one of Cayman’s favourite legends, ‘The Wreck of the Ten Sail’. A convoy of more than 58 merchantmen sailing from Jamaica to England found itself dangerously close to the reef at Gun Bay, on the east end of Grand Cayman. Ten of the ships, including HMS Convert, the navy vessel providing protection, foundered on the reef. With the aid of Caymanians, the crews and passengers mostly survived, although some eight lives were lost. The court martial of the fleet’s leader, Captain Lawford, revealed that a current had unexpectedly carried the fleet 20 miles north of its course. The incident underscores how common shipwrecks have been in the history of the Islands. At this time the population was about 400.

The first census of the Islands was taken in 1802, showing a population on Grand Cayman of 933, of whom 545 were slaves. Before slavery was abolished in 1834, there were over 950 slaves owned by 116 families.

When Jamaica achieved independence in 1962, the Islands opted to remain under the British Crown, and an administrator appointed from London assumed the responsibilities previously held by the governor of Jamaica.

An airfield opened in 1953 in Grand Cayman, replacing the seaplane service which had operated since the 1940s.

The economy has now grown greatly, as governments have pursued policies aimed at developing the infrastructure, education, health and social services of the Islands, and fostering the continued growth of Cayman’s two main industries, tourism and financial services. The population of the Cayman Islands is now about 40,000, and the main language is English with Spanish frequently spoken as a second language.

Playground for tourists and scuba divers

This is a well-favoured place. The climate is mild, with temperatures seldom going below 21°C or above 32°C. Rainfall over the Islands is seasonal, with the capital, George Town, receiving a monthly average of about 12 cm of rain. The Islands are very fertile with coconut trees, thatch palm, seagrape, almond and casuarina trees abundant. Breadfruit, papaya, avocado, citrus, and mango trees are also to be found, together with bananas, plantains, sweet potatoes, pumpkins, watermelon, cantaloup, green and hot peppers, tomatoes, etc.

The Islands themselves contain few indigenous animals, none of which are dangerous. The most common are non-poisonous snakes, iguana, the hickatee (freshwater turtle), and land crabs. Grand Cayman’s rare and endangered Blue Iguana can be seen at the Queen Elizabeth II Botanic Park. And there are more than 180 species of birds here, including the Cayman Parrot, Cayman’s national bird.

However, beautiful and attractive as the Islands might be in themselves, it is the multitudinous tropical marine life of all kinds in the surrounding waters, especially in Cayman’s coral reefs, that entice scuba divers here from all over the world.

The underwater landscape here is dominated by the great Cayman Trench, with its famous North Wall, which plunges down to more than 7000 meters. The walls of this trench are covered with marine life, including sea fans, barrel sponges and sea whips. And there is also Orange Canyon, at the north end of the West Bay, with its incredible concentration of orange elephant-ear sponges, as well as giant black sea fans. Truly, a super playground for scuba divers. ■ 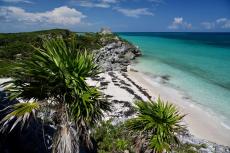 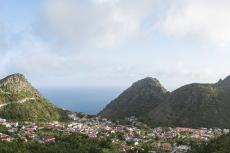 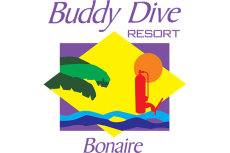 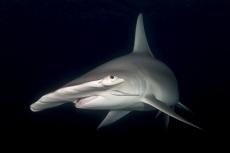