Canadian filmmaker Rob Stewart, 37, went missing during a dive near Islamorada in the Florida Keys. On Friday, shortly after the search for Stewart was suspended, divers found his body on the bottom of the ocean floor, the US Coast Guard informed in a tweet. Stewart is best known for his 2006 documentary Sharkwater in which he examined and exposed the shark-hunting industries of the world and the effect upon the ocean ecosystem.

Rob Stewart, 37, was diving with a small group on the wreck of the Queen of Nassau near Alligator Reef off Lower Matecumbe Key in about 225 feet of water, his sister Alexandra Stewart told Miami Herald on Wednesday morning. He was filming an installment of his Sharkwater documentary series, she said.

According to reports, the Coast Guard received a call at 5:13 p.m. on Tuesday 31 Jan from the boat Pisces. Jeremy Weaver, senior chief of the U.S. Coast Guard, told CBC Toronto Stewart was “diving on a wreck off of Islamorada” with three other divers when he went missing, but the three are safe. He added that Stewart “resurfaced at the end of the dive, and as the boat was turning around to pick him up, he went back under — and was not seen again.”

Search-and-rescue efforts, which according to a Coast Guard spokesman spanned an 11-mile by 25-mile area, had turned up nothing by early Wednesday afternoon. Along with the Coast Guard, the U.S. Navy, the Florida Fish and Wildlife Conservation Commission, the Monroe County Sheriff's Office and the Key Largo Volunteer Fire Dive Team were also helping in the search.

Coast Guard officials tweeted Friday evening that the Key Largo Fire Department “reportedly found Stewart at a depth of 220 feet” off the Florida Keys. The tweet came just a couple of hours after the Coast guard announced they were suspending the search for Stewart at sunset Friday.

It was a group of six, including a Key Largo firefighter, who spotted Stewart's body just before the search was to end Friday evening. Key Largo Fire Department Capt. Rob Bleser said the group used a robotic device equipped with propulsion and a camera to find the body under the surface.

An experienced diver with hundreds if not thousands of dives in his logbook, Stewart was new to rebreathers. More than a month before setting sail to find the sawfish, on December 19, Stewart posted to Facebook: “looking for a rebreather dive ninja mid January in Florida for some 300ft dives…”

By January he’d connected with an instructor named Peter Sotis who owns Add Helium, a dive shop in Ft. Lauderdale. According to a since-deleted Facebook post, Sotis said that he certified Stewart in a rebreather tri-mix course on January 27.

Very few divers are qualified to dive at that depth." 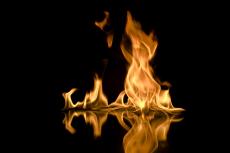 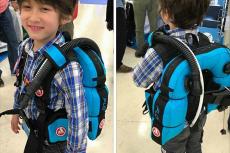 Choosing a BCD: Solutions for the Slight
Equipment
END_OF_DOCUMENT_TOKEN_TO_BE_REPLACED