Are atolls rising to keep up?

As climate change is causing sea levels to rise and threaten to submerge many low-lying island, some atolls have been growing. Now scientists have figured out why. Healthy coral reefs naturally produce sediment -- in fact, that's what atolls are made of.

Atolls are often only around two meters (6.6 feet) above sea level, but sea levels could rise by more than that by the end of this century, according to prevailing climate models. Four atoll nations -- the Marshall Islands, Tuvalu, Kiribati, and the Maldives, which are together home to more than half a million people -- were the most vulnerable on the planet to climate change but under threat was also those in the Caroline Islands, Cook Islands, Gilbert Islands, Line Islands, Society Islands, Spratly Islands, Seychelles, and Northwestern Hawaiian Islands.

In 2009, the government of the Maldives made international headlines by holding a cabinet meeting underwater to highlight the threat of global warming to the low-lying Indian Ocean nation - ministers spent half an hour on the seabed, communicating with whiteboards and hand signals. The Maldivians say they face being wiped out if oceans rise.

Tuvalu already struggles with the rising sea. Tuvaluan Prime Minister Enele Sopoaga has been sounding alarm bells for years about climate change, urging industrialized nations to reduce their greenhouse-gas emissions. He said his country is at risk of disappearing one day, like a modern-day Atlantis. Between January and March, its seasonal “king tides” cause severe flooding and it has been that way for decades. In 2018, a US Geological Survey study found that many low-lying atolls, most of which are in the Pacific and Indian oceans, will be uninhabitable by the middle of this century.

How do atolls form?

An atoll is typically a ring-shaped coral reef that encircles a lagoon.  According to prevailing theory and posited by Charles Darwin, atolls were typically formed from coral reefs that grew around shores of volcanic islands and when the volcanos over geological timescales went extinct, eroded and eventually subsided under the surface of the ocean, a circular reef comprising of growing coral was left behind. This process may take as long as 30 million years.

However, this orthodoxy has repeated been challenge and alternative theories proposed.   In the Maldives, for example, cores drilled in the lagoon of North Male atoll hit volcanic basalt at a depth of 2.2 kilometres with an almost 2 kilometres thick layer of limestone deposits on top – also known as karst.  Limestone is generally formed by coral and foraminifera - single-celled primarily marine organisms with shells commonly made of calcium carbonate (CaCO3).  The discovery of this karst layer suggests atolls forming on its flat carbonate terraces—independent of volcanic subsidence.

Based on such findings, André Droxler and Stéphan Jorry, authors of a review paper, which appeared in Annual Review of Marine Science in September propose a different model of atoll formation. When volcanic islands sank, as Darwin had proposed, land subsidence allowed space for complex seafloor evolution. Carbonate platforms of corals and foraminifera began to grow on top of the volcanic basalt.

As sea levels rose and fell—a concept Darwin was not aware of, as the theory of quaternary glaciations was not proposed until about 20 years after his theory of atoll formation—atolls formed as a direct interaction between subsidence and karst dissolution that occurred preferentially in the bank interiors rather than on their margins through exposure during glacial low stands of sea level. Atolls then developed during deglacial reflooding;  Coral reoccupied their raised margins and grew vertically, keeping up with the sea-level rise and creating the modern atolls.

But islands can grow even faster.

Where active sediment generation from healthy coral reef takes place islands can continue to expand despite rises on local sea levels. A recent study, published in Geophysical Research Letters has documented, by looking into aerial photographs taken between 1943 and 2006, how Jeh Island, a sparsely populated atoll that's part of the Marshall Islands, has grown through the merger of at least two islands and the continued expansion of the island. These findings show that islands are able to grow under present‐day conditions by accumulating sediment produced on the surrounding reef.

It is the coral reefs that give these islands their structure and are continuing to produce sediment which may, or may not, keep sea level rises at bay.

Did marine mammals cause emergence of tuberculosis in the Americas?
23 Jun, 2022 - 17:55
END_OF_DOCUMENT_TOKEN_TO_BE_REPLACED
Advertisement 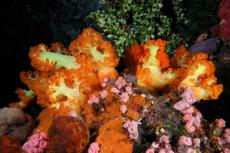 Some coral reefs are adjusting to ocean warming
Ecology & Science 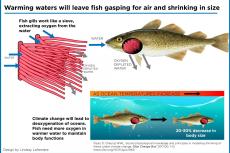