Peer Pressure in the Dark Side

I was recently given this picture, signed by David Prowse—the original actor who played Darth Vader—by one of my students. It's awesome. Why? Well, I am a bit of a Star Wars fan and a lot of a geek anyway, but also, there is a little sub-culture in technical diving, especially cave and rebreather diving, in which divers like to refer to themselves as members of the dark side! It's kind of cool—well, for us anyway, and we like the T-shirts. Technical trimix and cave diver, Matt Jevon, is a technical and CCR instructor with TDI, IANTD and PADI.

He is also the JJ-CCR instructor and dealer for Ireland.

Jevon has held accreditations as an interdisciplinary sports scientist, sports psychologist and was a British Olympic registered strength and conditioning coach.

But let's look at this seriously for a minute. Why do these things appeal to us? Why do we like to be recognised and to have a group identity? Well, we could fall back on the “that-is-human-nature” argument, and certainly, there are cogent points to be made for this idea. We could argue that it is down to our socialisation; it is considered the norm to be part of a social group with the same values and aspirations.

Of course, there are some outliers who will proudly say they would not want to be part of any group that would have them (thanks, Mr Marx). In effect, though, most of these people are not true loners; otherwise, we would never know about them. In reality, proudly not being in a sub-culture is, in fact, just another sub-culture.

Having both our individual and group identity and culture helps normalise our behaviours; it provides expectations of how we will behave in a group and is very, very powerful. This is where the danger lies. Sometimes, the group can carry people with it beyond the point of acceptable behaviour, beyond the boundary of calculated risk, and far more dangerously, can, in the visibility of their achievements to aspirant members of that group, encourage bad decisions, driven by a desire to present themselves as acceptable potential group members.

I saw this behaviour recently, exhibited by a diver in a Facebook group. In an attempt to promote this person’s own standing, a litany of behaviours were self-reported, which were deviant from good technical diving practices, deviant from standards set by respected agencies in the field, and exceeding limits of training and experience. When challenged, the response was defensive and demeaning of the commentators. When offered help, it was used as a stick with which to beat the challengers, but, ultimately not taken up.

Rather than dismiss criticism out of hand, let's strive for understanding. We witnessed these behaviours because the diver wanted to be accepted into a technical diving community, but the diver’s values were at odds with the possible communities that diver could join. Perhaps the diver felt he or she needed to boost his or her image and made claims about dives done, which backfired.

Instead of gaining respect, the diver gained criticism, and was then caught in a corner with no escape. Perhaps the challenges put to the diver, mine included, put up perceived barriers the diver could not see a way past. Or, perhaps the diver had, indeed, a poor attitude.

For whichever of these reasons, the diver became motivated to prove him or herself to the group by making big claims and assertions. In other more dangerous circumstances—that is, in the water rather than online—that same response could have resulted in injury or death.

Instructors always train divers not to succumb to peer pressure. Any diver can abort the dive at any time without question or reproach. Do not underestimate the power of the group to demand compliant behaviour, though, as well as the strength of the desire people have to be seen as a part of that group, if not a leader. Particularly do not underestimate the ability of the group to make a bad decision, which then leads an individual beyond his or her physical, technical and mental abilities.

Dive safe. Oh, and may the Force be with you! ■ 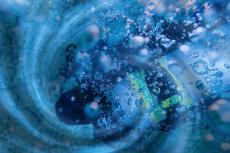