An ancient shipwreck dating from the 7th or 8th century AD which was found off the shore of Israel and loaded with cargo from all over the Mediterranean suggests trading with the West continued even after the Islamic conquest of the Holy Land.

According to the archaeologists, despite the religious tensions in the area, the shipwreck demonstrates that commerce was still thriving since it carried products from all over the Mediterranean, including Cyprus, Egypt, Turkey, and the coast of North Africa.

It was around the time the largely Christian Byzantine Empire was in decline and had begun losing its grip on this eastern Mediterranean region while Islamic rule was extending its reach.

But this newly-investigated shipwreck is evidence trade continued with the rest of the Mediterranean during that period according to Professor Deborah Cvikel, a nautical archaeologist at the University of Haifa and director of the dig.

The shipwreck was first spotted by two amateur divers, who spotted old timber, pottery fragments and ballast stones at the bottom of the Mediterranean Sea some 47km south of Haifa in 2005

It was, however, left undisturbed and allowed to once again be covered in sand before being investigated by a team from the University of Haifa from 2016 and onwards. It lies just 70 meters off the coast, at a maximum water depth of 3 meters, buried under 1.5 meters of sand and appears to have sunk as a result of a navigational error.

The exposed hull remains, comprising the keel, endposts, aprons, framing timbers, hull planks, stringers, bulkheads and maststep assembly are in a good state of preservation. The ship is estimated to have been 23m long.

Artefacts on deck show the ship had docked in Cyprus, Egypt, maybe Turkey and perhaps as far away as the North African coast. The most significant finds are the ceramic sherds and complete amphorae. Other finds include rigging elements, wooden artefacts, organic finds, animal bones, glassware, coins, bricks, and rocks.

Researchers hope to find a hall to display the ship in its entirety to the public. Otherwise they will cover it with sand and leave it at the sea bottom with the countless other wrecks.

We have very few shipwrecks from this period and they are mostly smaller, coastal vessels. Here we have a large, nicely built merchantman that could brave the open seas, and that’s one of the things that make it unique. 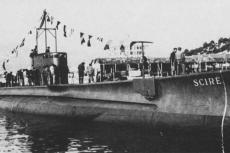 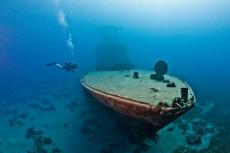 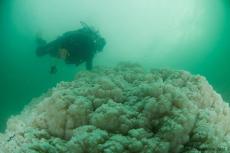