The Girl in the Bubble “So, what’s under the water?” I asked Maurice, the aged Greek instructor from a local training facility for commercial divers. I was 19 years old, and my only experience with the underwater realm was a five minute dive in a college swimming pool.

He told of the brilliant sea life inhabiting the chilly waters of the Puget Sound in the northwestern corner of the U.S. He explained what the guys were doing underwater, welding and cutting, and how they would eventually use it to work in the offshore oil fields.
“I want to learn how to dive!”

I was 19, in college, and so the introduction to the boys on the dock sufficed. In the four months following, I helped the guys get in and out of their dive gear, learned about the dockside diving bell, rinsed and stored the commercial dive equipment. But I knew I could never dive, for I wasn’t big enough, or strong enough.

It took a full decade for my entry into the scuba world—recreationally, not commercially.
I sought out dive gear made for small women, found easier methods to don the heavy equipment and slowly developed the “dive specific” muscular structure by hauling countless tanks to and from dive sites. I honed my instructional skills to ease the entry of other women into the sport.

Now, I’m taking the plunge as a hard helmet diver. Using “modern equipment” from another century. Descending to the depths in an authentic Mark V helmet. This level of helmet was produced by the Diving Equipment and Salvage Company (now known as DESCO) for the U.S. Navy from 1927 until the Mark XII surface supplied system in the late 1970’s.

The dive was coordinated by Tim and Steve King of Smokey Point Diving. As members of the Historical Diving Society, they are collectors of diving helmets and equipment from our past. The suit I dived in was a “Men’s Large” size—the smallest available suit size.

With enough lacing and strapping, pulling and tugging, they fitted me into the rubber coated canvas suit, promising no leaks in a suit manufactured the year after Jacque Cousteau took his first experimental dive in his Aqua-Lung.

The diving helmet was bolted to the suit brales, with a weight of 56 pounds (25 kilos) alone. Underwater, the top heavy helmet configuration, even with air added, would turn divers on their heads. So, to counteract the tipsiness, boots weighing 17 pounds (8 kilos) each, and a weight belt of 85 pounds (38.5 kilos) was added to the standard diving dress. Total weight of the equipment is 190 pounds (86 kilos)—almost two times my weight!

As the donning of equipment commenced, the suit engulfed my frame, and my two dive attendants began the task of strapping the leather laces and belts.

My canvas clad feet were slipped into the brass tipped boots with flat wooden insoles. The legs were laced in the back to avoid over inflation once below the surface. Ergonomics and comfort were definitely not in the design phase on this equipment.

They stood me upright (definitely not moving anywhere with the metal slippers on my feet) and finished tightening the lower part of the suit to fit my small frame. I’m sure the Desco Company never expected a five foot nothing (152 cm) girl to don this outfit.

The rubber seals at the end of each arm were pushed up my forearm to find a thick enough place to seal. (Dainty wrists were not in the plans either, apparently.)
Next, the breastplate was attached to the suit with wing nuts. I can feel the weight on my shoulders, but it’s not as bad as I thought it would be. Movement is definitely getting difficult, no yoga today.

Now for the final touches. First, the leather harness was suspended from my shoulders holding 85 pounds (38.5 kilos) of lead weight around my waist. This would counteract the internal lift from the air, as well as help my center of balance underwater.
They released the weight onto my shoulders… “I’m standing! Ok, I can do this,” I thought to myself. “This is not that tough.”

At this point, my tenders had me sit on the dress platform. It was time for the helmet. As I was sitting on the platform, the belt started to take its toll. I had been able to maintain correct posture, but as the weight beared down, my spine began to bend. In my mind, I was secretly wondering if the two inches of compression my spine was undergoing would be able to be undone.

“Ok, here we go,” said Steve, as he lowered the “brass helmet” onto my head. The helmet of an authentic Mark V is not actually brass, but rather spun copper with tin plating, and all of the original helmets were spun by a single individual who had mastered the craft.
The helmet, complete with brales and wing nuts, had a weight of 56 pounds (25 kilos), and this became the final piece.

As the faceplate on the bonnet closed and sealed, my world changed to a sepia toned view of what early salvage divers were faced with using the “modern equipment” of their time.

Final instruction included operation of the chin button (purge valve) to release the air as it flowed into the suit. My surface air supply was connected to a turn valve mounted on the front of the suit, to which I could increase or decrease flow by turning the knob with my left hand.
Overhead, a communication unit, made of telephone wiring, allowed me to speak with my “dive guide” on the surface. His voice would be guiding me on my journey, and my responses would assure him that I was both safe and composed underwater.

Hoisted up, and six heavy steps later, I was on the edge of the dock ready for a giant stride into the water. While the Mark V had four “lights” (windows) in the helmet, the suit only allowed a diver to see directly ahead, to the sides or above, not down. The giant stride was made without any visual reference to the water below, trusting, for the first time, the voice coming through the speaker overhead.

As I splashed in, I took a quick look about the helmet…. no leaking. Sigh of relief.
The voice overhead told me to turn and find the blue rope. Using my hands for mobility, as I have no fins, I turned and held the blue nylon rope. Giving the ok, I lowered down the rope to the bottom.

Theoretically, you are supposed to clear your ears by pressing your nose against the side of the helmet and blowing through it. I tried, but to no avail.
As I lowered down, the pressure built up. However, I landed on the bottom with the pain diminished.

Now, it’s time to “work”. Walking in the Mark V suit is a challenge. We all believe the water makes us weightless, however, not so in a suit designed for walking on the bottom. Each step entrenches the boots into the soft mud, and the suction must be overcome with each lift of the leg.

My safety divers directed me, along with the voice in the helmet, to turn and walk in the suit.
I imagined doing work in the suit, holding a welding torch, or rescueing men trapped in a downed submarine, while moving quite like an oversized robot in the clumsy dive outfit.
Spotting a pink mask on the bottom, I motioned for the safety divers to retrieve it. The safety divers were dressed in recreational scuba outfits, with full face  communication masks on.

They could easily retrieve the mask. But what if I, in my robotic attire, wanted to reach down and get the mask?

“Go ahead and sit down,” the voice in the helmet directed. Against my better judgement, I fell slowly back into a seated position on the sticky bottom.

“Now stand up,” the voice offered. Right. Stand Up. I’m stuck in the mud, and he says stand up? I rolled to my front and push deeper with my hands into the bottom silt. “This isn’t working,” I informed my dive safety officer.

“Try adding some air,” he suggested. I found the valve on the front of the suit, turned for higher air output into the suit and sprang to my feet.
Chin on the exhaust control valve on the side of the bonnet, I released the excess air, turned the air demand knob back down, and I was once again on my feet.

As the voice overhead melded with the bubbles, each inhale and exhale, I walked the floor of the sea. I experienced, for a moment, what the pioneers of underwater work went through. I imagined going 240 feet down a line, as the rescuers in May of 1939 reached the sunken U.S. submarine, Squalus, and saved 33 crewmen from the bottom of the Atlantic. The slow, deliberate movement, each reach and step carefully thought out, as the suit was difficult to travel or maneuver in.

I am thankful to those who pioneered the modern day self contained breathing gear we used. Men like Hans Hass and Jacques Cousteau, who enabled common people to be able to experience the underwater realm without donning 190 pounds (86 kilos) of gear. Allowing us to use adaptive equipment in a foreign environment, rather than shield ourselves in a rubberized canvas balloon.

I thought of the female commercial divers worldwide who, even with lighter helmets and gear, are still operating in a world where a “Mens’ Size Large” is the smallest dive suit available, and who walk the floor of the sea, the tanks of nuclear power plants or inspect hazardous sites in full suits.

Still very much a man’s realm, I applaud the women who are reaching into the world of commercial diving, not succumbing to the belief that they are too little or not able to build the strength.

As I climbed the ladder, and again felt the full weight of the gear with each step up the rung, I returned to our modern times.

Having made my first surface supplied dive, I knew I had experienced the past in a vivid way. 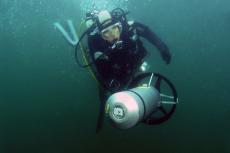 Girls on Speed
Tech and Training 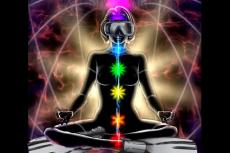 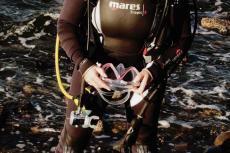 Where the Girls Are…
Op'eds and commentaries 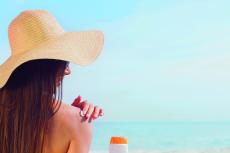