Amongst the artefacts recovered from two wrecks in Singapore waters is the world's largest haul of blue-and-white porcelain recovered from a documented shipwreck. In 2015, commercial and salvage diver Ahmad Qamarulhazman was clearing debris underwater near Pedra Branca island, 24 nautical miles east of Singapore, after two bulk loader cranes that were in danger of toppling were blown up.

On his final dive of the operation, he spotted something wedged between rocks 8m deep. His trained eye told him that it was not something natural, but it was tough to see what it was as it was encrusted with algae, molluscs and organisms.

After their work, some of the divers returned to the site and retrieved several ceramic plates, not knowing what they were. The next day, after reading a newspaper report, Ahmad realised that the plates they recovered resembled a plate found at an archaeological dig in the mainland.

His find that fateful day eventually led to the discovery of not one but two shipwrecks in the vicinity—and the world’s largest haul of blue-and-white porcelain from a documented shipwreck.

Teams from the Archaeology Unit of the ISEAS-Yusof Ishak Institute (ISEAS) were sent to investigate and survey the site, and to conduct salvage operations of the artefacts, which turned out to be from a shipwreck 100m northwest of Pedra Branca.

This wreck was named Shipwreck 1, and was found to contain Chinese ceramics that possibly dated back to the 14th century.

The salvage operations took place over several years. Things moved slowly but steadily, as the divers had only a window of several hours of diving time in a day, and this was still dependent on weather and oceanic conditions.

At a press conference in June 2021, Dr Michael Flecker, a visiting fellow at the Institute, said that the shipwreck seemed to be contemporary with 14th century Temasek (old name for Singapore).

He added, “Apart from a large cargo of Longquan green-ware and other ceramics, she carried more Yuan Dynasty blue-and-white porcelain than any other documented shipwreck in the world. Many of the pieces are rare, and one is believed to be unique.”

The artefact he was referring to was an intact blue-and-white bottle with a flanged straight neck.

In 2019, further detection surveys revealed the existence of another shipwreck, located 300m east of Pedra Branca. Named Shipwreck 2, this was believed to be the Shah Munchah, a merchant vessel built in India that sank in 1796.

The artefacts retrieved from Shipwreck 2 included Chinese ceramics and non-ceramic artefacts such as copper-alloy, glass and agate objects, as well as the ship’s anchors and cannons. These were recovered from 2019 to mid-2021.

The recovered artefacts are currently being stored and stablised. After desalination, they would be clean, conserved and catalogued. Once the conservation, research and documentation have been completed, the National Heritage Board will work towards exhibiting them in its museums, possibly from end-2021 onwards.

"The wide range and large quantities of artefacts from the two shipwrecks will bring invaluable insights into the maritime trading history of early Singapore and the region, reflecting the interconnectivity of pre-19th century Singapore,” said Yeo Kirk Siang, Director of NHB's Heritage Research and Assessment. 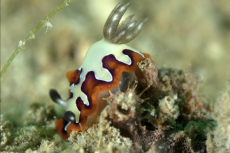 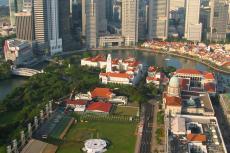