Decades of conservation work have boosted sea otter populations from near extinction in many parts of the North Pacific, but the animals are now being killed by great white sharks. Sea otters bounce back but fall prey to great whites

Complex interactions and conflicts between protected populations may challenge the recovery of whole ecosystems. Several factors indicate that white sharks may be currently limiting the recovery of California sea otters.

Protected white sharks (Carcharodon carcharias) and pinnipeds have an established predator–prey relationship along the California coast.

White sharks are considered threatened by the IUCN Red List, and though they are protected at state, federal, and global scales, their current status in the northeastern Pacific is debated.

Seals and sea lions are protected taxonomically under the Marine Mammal Protection Act (“MMPA”) and many species are recovering from near-extinction in the early 20th century and now reoccupy the full extent of their historical range.

Meanwhile, sea otters, have been slower to recover than pinnipeds and have reoccupied only 13% of their prior range. While decades of conservation work seem to have paid off and boosted sea otter populations in many parts of the North Pacific Ocean, many otters are now being killed by great white sharks.

The sharks prefer blubbery, calorie-dense prey like seals. By contrast, sea otters insulate themselves with a thick fur coat and provide little comparative caloric value for feeding white sharks. So any bites of furry sea otters are probably mistakes.

At least a growing body of evidence indicates shark bites on otters are incidental and nonconsumptive i.e. the extensive occurrence of stranded sea otters that bear bite wounds from white sharks but have not (even partially) been consumed.

Even though white shark bites to otters therefore appear exploratory, they still cause a steep and related increase in sea otter mortality.

A recent analysis showed that shark bites occur almost exclusively where Macrocystis and Nereocystis kelp canopies cover less than ten percent of the available habitat. This makes sense as kelp forests provide shelter for sea otters, potentially protecting them from visual ambush while they rest at the ocean surface.

Sea otters were being bitten more frequently in the summer, around the time adult sharks come closer to shore before moving on to seal rookeries.

White shark population growth, and particularly increases in the juvenile stage class, could be a factor.

Reduced juvenile mortality due to the California gillnet ban of 1994 likely has resulted in stronger juvenile cohorts and as immature sharks have no social learning and are less experienced in distinguishing targets, juvenile white sharks may simply target the wrong surface prey.

It may also simply be down to the population growth of white shark prey (pinnipeds, cetaceans), and a corresponding population increase in white sharks resulting in far more interactions.

The sea otter population is thought to have once been 150,000 to 300,000, stretching in an arc across the North Pacific from northern Japan to the central Baja California Peninsula in Mexico. The fur trade that began in the 1740s reduced the sea otter's numbers to an estimated 1,000 to 2,000 members in 13 colonies.

In about two-thirds of its former range, the species is at varying levels of recovery, with high population densities in some areas and threatened populations in others. Sea otters currently have stable populations in parts of the Russian east coast, Alaska, British Columbia, Washington, and California, with reports of recolonizations in Mexico and Japan.

Population estimates made between 2004 and 2007 give a worldwide total of approximately 107,000 sea otters. 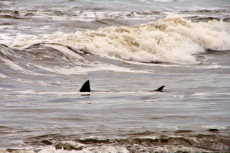 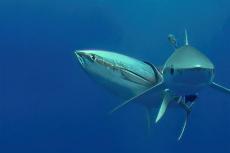 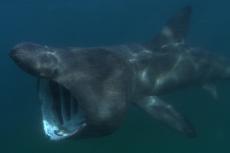 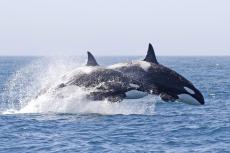