Will it become possible to diagnose decompression sickness through a blood test? We take a closer look at the implications of some recently published research. What is being measured?

RNA translates DNA (our genes) into proteins. The transcriptome is the set of all RNA transcripts in an individual or a population of cells. The term is a portmanteau of the words "transcript" and "genome." Both uneventful diving and DCS trigger changes in the peripheral blood transcriptome. This study evaluated the DCS-induced transcriptomic signature in humans and looked into what distinguished physiological responses from pathological changes. More specifically, the researchers explored the evolution of leukocyte gene expression in human subjects with DCS compared to closely matched divers after uneventful diving by means of RNA sequencing.

That decompression causes bubbles to form in our tissues, which in turn could lead to decompression sickness (DCS) and serious injury, is elementary knowledge for any certified diver.

During our entry-level training, many of us have seen bubble formation explained by comparing it to a bottle of carbonated water that gets opened too fast. From there it does not require much imagination to picture how bubbles, being physical entities, cause problems through mechanical effects, i.e. by physically obstructing anatomical function or biochemical pathways.  That is probably the mental image most of us were left with.

Little were we taught, at least at that stage, that there is also an inflammatory reaction to DCS and that it is a significant part of the pathology.

Because of this complexity, or rather the huge number of possible expressions, a response can exhibit a specific signature in the form of various proteins that get produced as a result. This signature can be characteristic for various conditions, and therefore possibly constitute a diagnostic tool.

It thus begs the question of whether DCS elicits a response that is specific enough to be identifiable and detectable in blood samples in suspected cases. In other words, whether it is possible to find blood markers that can unequivocally confirm decompression sickness.

That is what an international team of hyperbaric researchers from Norway and Malta set out to find out. Their research, published in Frontiers in Physio­logy this summer, aimed to “shed light on the inflammatory pathophysiology of DCS and the associated immune response.”

“Such data may potentially be valuable in the search for novel treatments targeting this disease,” the abstract reads. Surely sounds promising.

As a result, some other dive media were quick to jump to conclusions and enthusiastically report that this research was leading to a blood test that would make it easier to diagnose DCS.

Perhaps one day it will. But at this point in time, such conclusions are premature.

We conferred with Dr Neal Pollock, associate professor at Laval University, a frequent contributor to this magazine, and our go-to-expert in the field of hyperbaric research.

The conducted research is a pilot trial, which indeed showed there are some cytokine and leukocyte responses that appear to be strong in decompression sickness.

(Cytokines are a broad category of small proteins which act as signal molecules that play an important role in the immune response.) It should also be noted that the study was conducted on a quite small number of cases, and it lacked baseline measures such as knowing what the patients' status were prior to their dives. (Both these limitations were addressed by the authors in the paper.)

Dr Pollock pointed out that the value of this study is demonstrating that RNA has the potential to show physiological changes that might be important for diagnosing and evaluating decompression sickness.

But the odds are against a simple test because there is so much variability.

As matters stand, it requires a whole suite of measures, all showing changes pointing in the same direction, before it is possible to be firmer in the evaluation of a suspected case of DCS.

That said, if a marker could be found that could be reliably isolated, and if it was truly responsive, it is quite conceivable someone could one day come up with a quick test of blood.

Dr Pollock does not, however, foresee that a field test is just around the corner as, among other things, one has to find something that is sufficiently specific to qualify as such a marker.

For starters, inflammation can be triggered by many other events unrelated to diving, which may create the same kind of response.  Maybe the patient has a virus or suffers from a food allergy, which could show up in tests.

As Dr Pollock succinctly put it: “Let’s say you have somebody who steps on a sea urchin or hits some invertebrate that results in an allergic response. You then have to be sure that the profile of the response you saw to the decompression stress was different from any one of these other common injuries that a diver could face. Otherwise, you might want to say everybody who runs into a jellyfish should be treated for DCS.”

Where you have a broad response, and there is so much overlap between the different conditions, it is really hard to say when one is one and when it is another, Dr Pollock added. What we are seeing right now is the ability to measure generalized response to stress, which is good, but it is not that powerful.

And that is not the end of possible complications and challenges, which remain to be solved.

Different cases of DCS can also elicit different immune responses. For instance, people can get hit in a variety of different tissues, which would presumably evoke a different pattern of response, even in the same individual, which makes a single diagnostic pattern of response unlikely to be seen.

In search of such a pattern, we would have to measure a system that works with incredible finesse and possibly have to look at hundreds of inflammatory responses. Ultimately, we may achieve the required sensitivity to perform such measurements, but we have a long way to go before we have that capability, Dr Pollock explained.

The interpretation of transcriptomic signatures in DCS is challenging.

This study alone is more proof of capability than any confirmation of what it means for decompression. The paper does not provide any answers, but it does encourage more research.

That the desired end-goal remains elusive at this juncture, does not mean that this line of research is not worthwhile either. It is, in fact, quite important, as it brings molecular biology tools to diving science and that, in the long run, could be very useful. ■ 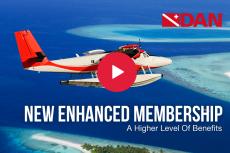 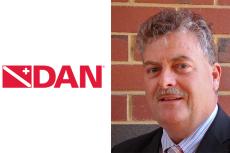 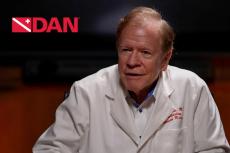 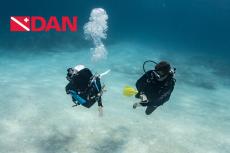