Did you know that kelp is an ingredient in many household foods! Foods like frozen foods, cakes, puddings, salad dressings, shampoos, and toothpastes contain alginate. Alginate is an apparently safe derivative of seaweed (kelp), and is used to maintains the desired texture in many products. Kelp is a rich source of minerals and trace elements—iodine in particular, an adequate supply of which is essential to the proper functioning of the thyroid gland and the many important bodily processes controlled by it.

Giant kelp is one of the fastest growing plants in the world. When conditions are good, kelp can grow two feet per day! Giant kelp prefers water temperature in the 50-65°F range. Kelps occurs at and below low-tide levels in cool temperate regions throughout the world. They are a group of large brown seaweeds that live on the rocky sea bed as far down as sunlight penetration will allow.

The plants often grow together in large numbers to form dense forests, usually composed of a single kelp species. A giant kelp plant can live up to six years. The plant is continuously pushing up new fronds to the surface, while the older fronds break off. Reaching lengths of more than 30 meters, it is the largest marine algae.

The rainforest of the ocean

The kelp forest has a high production and very high biological diversity. Kelp forests are among the most productive and species-rich ecosystems in the world. Kelp plants create a structural complexity throughout the water column that provides habitat for many kinds of fish, invertebrates and other algae. This makes the kelp forest an amazing place to scuba dive. If coral reefs are said to be the cities of the ocean, the kelp forests have to be the rain forest of the ocean.

In the shadows within the kelp forest, hundreds of species of fishes and invertebrates ply their trades. The kelp forest also offers a great place to grow offspring. Many vulnerable larvae of fish spend their formative months in the kelp forest instead of having to face the dangers of the open ocean.

Just as in the rain forest on land, the kelp forest houses different species at different levels. While some fish thrive under the canopy, other animals make their lives further down in the aquatic forest. Various predatory snails and gaily colored nudibranchs graze on the stem and the kelp leaves. Within the labyrinth of the kelp forest, many shrimp, crabs, sea stars and anemones also find their food and housing. Scientists have counted up to 100,000 life forms on a single kelp.

Kelp harvesting takes place in several countries around the world. The harvesting of kelp for the manufacture of food additives and agrochemical products is a significant business in Asia, Europe and parts of North America. Giant kelp has been harvested off the southern California coast for more than 90 years. In the 1970’s, yearly harvests of more than 170,000 tons supported a California kelp industry worth US$40 million.

Also Norway is also harvesting kelp on a large-scale base—170,000 tons are harvested on the Norwegian west-coast every year.

Kelp harvesting is undertaken by tug-sized custom-built vessels with open holds the size of large caravans. Kelp harvesting is managed on a rotational basis, ensuring that each area is harvested only once every four years to allow regrowth of the plants. The kelp dredge itself resembles a huge, iron garden rake—3m wide with elongated spiked teeth—which is carried along the sea bed on raised skis. The weight of the dredge as it is pulled forward rips dozens of kelp plants from the rock, holdfast and all, which are then caught between the teeth.

At the end of a harvesting run, the dredge may have been drawn 50-250m along the sea bed, and have over a tonne of plants hanging in a compact mass from its teeth.

The process at the factory begins with the harvested seaweed being thoroughly washed in sea water to remove sand, silt, shells and small stones. Rotary drum dryers are used to dry the seaweed to be processed into seaweed meal.

Kelp harvesting is not without criticism. Several past and current on-going studies reveal the impact of commercial harvesting. Kelp harvesting impact on invertebrate species, seabirds and other marine mammal populations has not been satisfactorily investigated. Invertebrates, of all the groups of species that rely on kelp forests for their habitat, may be the most affected by kelp harvesting.

In Norway, the Institute of Marine Research (IMR) started a long term project in 2003 to investigate the effect of kelp harvesting. According to IMR only about 0.3% of Norway’s kelp are harvested, but up to 40% are eaten by sea urchins.

Nevertheless, disappearing kelp forests may contribute to the depletion of fish stocks, as the kelp forest is a nursery for juvenile fish and are also major feeding grounds for blue water species.

Less fish could also mean fewer seabirds. It will take some time before this study and others around the world can give satisfactory answers on weather commercial kelp harvesting is sustainable or not. ■ 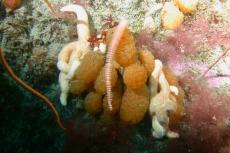 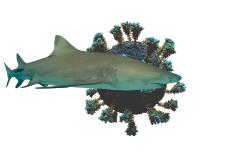 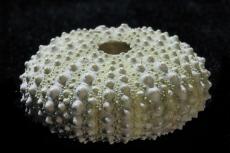