Last year I was invited to deliver a lecture at the Oztek show in Sydney, Australia. I spoke on the topic “What Makes a Good Technical Diver”, and one particular point I covered on accident avoidance drew a very positive response and provoked a number of questions from the audience. Every diving accident has a chain of events that lead up to it, but often the chain is only visible afterwards when you reflect on what happened. You don’t always see a chain before an accident takes place, but if you do see one or if you only think you see one, you need to have the courage and determination to break it, even though you might be criticized by others for doing so.

Cave divers have a rule that seeks to eliminate the fear of recrimination and saves lives. This rule is that any diver can abort any dive at any time for any reason without having to explain themselves to anyone. When one of your team gives the up signal (or turn signal in the case of cave diving), the rest of the team acknowledges and complies immediatel—no questions asked, either at the time or subsequently. You can always offer an explanation, of course, but no-one has the right to demand one.

It does not matter if the threat to safety is genuine or not. For example, a diver may abort a dive simply as a result of misreading his contents gauge. The principle is that if one member of the team believes there is a threat, then that belief in itself is enough to put the team at risk if it continues.

This is a rule that all divers could apply to their diving whether technical or otherwise. Here is an example of an instance when I felt I had to break the chain even before the divers got into the water.

A few years ago, I was at my dive centre in Guam with two students preparing for the final dive in our TRIMIX course when one of my dive-masters arrived with the news that a diver that we knew from another dive centre had died in the recompression chamber following an incident that had taken place the day before.

The students were nearby and overheard the conversation but said nothing. On the boat, they were quieter than usual and I was concentrating on keeping everything normal and following the pattern of their earlier training dives, but the news of the diver’s death was playing on my mind. He was a friend and we had dived together plenty of times.

On arrival at the dive site, I saw that a strong current was running and that it had carried the line and buoy, which was to be our ascent platform, underwater. I noticed the students exchange a glance of concern.

I knew that the fact that they were undertaking a big dive would already be creating a certain level of anxiety, and that a strong current might lead to additional task-loading. I also guessed that the news of the diver’s death might be a distracting factor for them, especially if they started to become stressed during the dive. I was also concerned at the impact the news might have on my ability to concentrate fully (...) 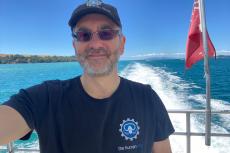 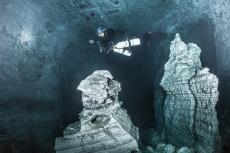 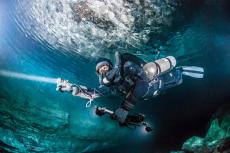 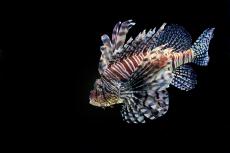