Rebreathers are great pieces of kit that do away with the need to carry an excessive amount of dive cylinders on deeper dives. However, this advantage is offset by the need to also carry additional open circuit cylinders on which a diver can bail out in case of a rebreather malfunction. Using another rebreather could be a better solution and to that end, a bailout rebreather course has been developed. So, why can’t you just strap on another rebreather and switch to it, if need be? Well, it is not quite that simple.

Rebreathers are quite bulky pieces of equipment, so two rebreathers take up a lot of space. They also demand a lot of a diver’s attention, providing a degree of task loading.

Various dual rebreather designs have provided different takes on a solution, but many of these constructs comprise a double set of scrubbers, controllers and some other core components, packed and fitted inside one unit but still sharing the same loop. Obviously, such designs do not offer any protection against catastrophic flooding of the loop.

Enter sidemount rebreathers, which, being compact, are both easier to attach and to carry, and some are complete units on their own.

Then there is the matter of how to bail out to another rebreather. Unlike bailing out on open circuit, which requires little more than a simple swap of mouthpieces while closing a valve or flipping a lever, there is more to it when it comes to closed circuits and a different set of issues to tend to.

For example, when bailing out to an open circuit, the diver can immediately breathe from the regulator; however, when switching to a secondary rebreather, it is also of paramount importance to ensure that the pressure of the breathing loop equals that of the ambient pressure. If the pressures are not equal, the diver will not be able to breathe.

A relative vacuum in the loop will result in collapsed counterlung, squeezed hoses and possibly ingress of water. Any attempt to breathe from a device in this state could result in instantly sucking the gas out of the diver’s lung, resulting in drowning. The inverse problem in which the loop is over-pressurised could cause lung or stomach barotrauma.

The correct procedure is therefore to switch to open circuit first, either through a BOV or a second stage regulator, while testing and preparing the loop on the bailout rebreather, and only move onto it once it is has been ascertained that the loop has the same pressure and the gas is

This is but one example among several salient points the developers of the first standards for a bailout rebreather diving course are addressing in their program. Matthew Jevon, who our readers will recognise as a regular contributor to this publication, and Jakub Simanek from Czech manufacturer Divesoft, collaborated on putting together the course standards, which have now been adopted by TDI. It is understood that other agencies are either considering also adopting this outline or working on developing their own.

The stated objective of the course is “to train divers in the benefits, hazards and proper procedures for utilising a rebreather in back-up/bailout mode up to the level of their existing CCR qualification on both the unit planned to be the primary rebreather and the unit to be utilised as a bailout/back-up rebreather.”

There are little over half a dozen units on the market being labelled as sidemount rebreathers, but almost all of them need offboard O2 diluent or both. The only fully self-contained unit currently on the market is Divesoft’s Liberty.

At the recent DivingTalks conference in Portugal, I have also seen presented a late prototype of the ECBOB (Electronic Compact Bailout Rebreather), which is designed specifically for this purpose. It is a compact design with a number of neat features and solutions, but that is a story for another day.

Matthew Jevon has posted some further advice on choosing a sidemount rebreather on his website. Did marine mammals cause emergence of tuberculosis in the Americas?
23 Jun, 2022 - 17:55
END_OF_DOCUMENT_TOKEN_TO_BE_REPLACED
Advertisement 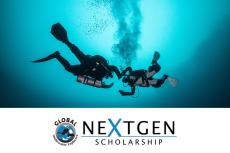 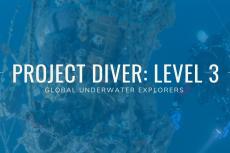 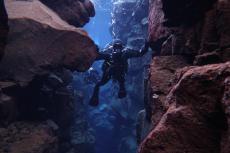