Researchers at Swansea University demonstrated how common shore crabs can not only learn to manoeuvre through a maze to get to food but also remember the route they took after two weeks. The maze that the crabs in the study had to get through.

Many studies about spatial learning in animals have focused on land animals, and less so in marine animals, possibly due to the difficulty in following them around.

First, the team constructed a special maze that measured 75cm by 50cm. A single crushed mussel was placed at the end of it.

For four weeks, they studied how twelve crabs made their way through the maze, to find the food at the other end. The route involved five changes in direction and three dead ends.

Over the four-week period, the crabs improved their timing, by getting to the food faster and reducing the number of wrong turns made.

Then, two weeks later, the experiment was repeated. Even without any food reward, the crabs were able to reach the end of the maze in less than eight minutes, clearly demonstrating that they remembered the route.

In comparison, crabs that had not been exposed to the maze needed a longer time to reach the end of the maze, with 42 percent not even succeeding in finding the food reward during the one-hour duration.

“This work opens the door to more sophisticated experiments looking at how changing ocean conditions might affect crabs’ ability to learn and adapt to find food in future,” said Dr Pope.

“Gaining a baseline understanding of the lives of the animals that are going to actually be impacted by the changes in our future oceans is really important. That doesn't just mean the big charismatic animals, it means things like crabs that are so important for the food chain,” added co-author and climate change expert Prof Mary Gagen.

The findings of the study were published in the Biology Letters journal. 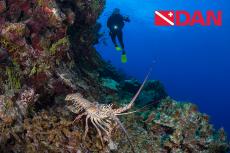 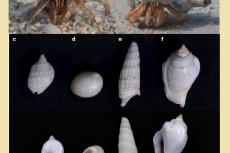 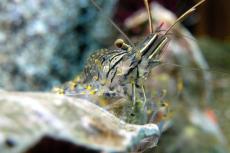 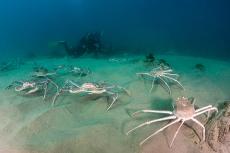