How do endocrine-disrupting chemicals affect fish whose gender is determined by environmental factors? Thanks to increased awareness, we are all aware of how some plastic food utensils can leach Bisphenol-A (BPA) into our food.

BPA is an endocrine disruptor and it can interfere with how the hormones in our bodies function. Studies have shown that pollutants like BPA tend to feminize animals like freshwater fish, rats and mice.

How does it affect animals whose gender is determined by its environment?

They started with 18 sexually immature male anemonefish, separating them into pairs and feeding them either normal food, food containing BPA or food containing 17a-Ethinylestradiol (EE2), another endocrine-disrupting chemical.

At the end of the study, they discovered that the fish that consumed food containing BPA had no testicular tissue, lower androgen levels (just like female fish) and increased expression of genes in the brain that are responsible for feminization. Although females tend to be very aggressive, the BPA had reduced aggression in these fish.

“We discovered that although BPA is feminizing the gonads, the fish are not that aggressive and can live with each other. These results suggest that the feminization in the brain occurs independently of gonadal hormones,” said Justin Rhodes (GNDP), a professor of psychology.

As for the fish that consumed the food containing EE2, the effects were similar, though less pronounced.

The researchers have yet to discover how BPA caused these effects. However, the implications were clear.

““These fish can only change their sex from male to female. If BPA is turning them female in the wild, they can’t go back to being a male and that can influence their population numbers,” said Jose Gonzalez, a former undergraduate researcher in the Rhodes group.

The findings of the study was published in the Hormones and Behavior journal. 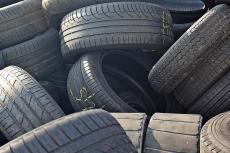 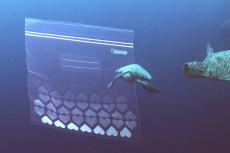 Why do sea turtles eat plastic? Perhaps because it smells good
Ecology & Science 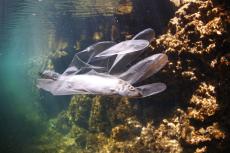