On 24 June 2020, I woke up to the news that after 84 years, Olympus was selling off its camera division. As an underwater photographer and long-time user of Olympus camera gear, my feelings were that of betrayal, again. Here is some history on my experience with Olympus, and my thoughts about the future. They offer underwater photography courses and presentations to dive shops, clubs and events.

My first Olympus camera was the Pen FT half-frame 35mm film camera. At the time, I had a photo studio and worked mostly with large and medium format cameras. When I did have to shoot 35mm film, I usually used Nikon cameras. For some volume projects, this camera, which gave me 72 images on a 36-exposure roll of film, was useful. I was surprised by the quality of the images taken with a tiny frame of film.

In 2003, Olympus announced the Four Thirds cameras and lenses E system. At this time, APS-C size sensor cameras were more popular than full-frame cameras due to the expense. The optical design of most lenses was based on 35mm film photography.

Olympus began designing lenses specifically for digital sensors of this size. The lenses provided better image quality, with better edge sharpness and were more compact in size. I remember listening to a sales representative from Olympus, talking about this new system; it made sense to me.

As an underwater and travel photographer in the digital age, the small size of this system appealed to me. Olympus supported underwater photographers. The company manufactured housings for its cameras and speed lights. My first Olympus digital camera was the E-330 EVOLT. To shoot underwater, I used the Olympus brand PT-EO2 housing. My go-to lens for underwater photography was the ZUIKO 7-14MM F/4 ED. Through the years, I upgraded my Olympus DSLR cameras and housings. Using these cameras on the surface and underwater, I got very good quality images, as long as I did not push the ISO up too high.

Olympus came out with their first mirrorless camera in 2009. The sensor size was the same; unlike DSLR cameras, there was no mirror or prism. For this reason, the camera bodies were substantially smaller. The lens mount was different; the rear lens element could be moved closer to the sensor. This provided sharper images and smaller lenses. The two systems coexisted until 2017, when Olympus decided to stop supporting the DSLR Four Thirds system. As a long-time user, I felt betrayed. I continued to use my cameras for many years. I knew at some point I would need new gear and would have to change systems.

When that day came, I tried different systems including the Sony full frame a7 camera. At that time, there were very few lens choices. The lenses I needed to shoot underwater did not exist then. Trying the professional quality Olympus OM-S E-M1, I was impressed with the camera. The Micro Four Thirds lenses were small and of high quality. Besides the Olympus brand housing, Aquatica was producing a housing for this camera.

I decided to put my feelings aside and move into this system. I purchased a number of bodies, lenses from 7mm to 300mm, and other accessories. I decided to use the Aquatica housing. I was very happy with the image quality and handling of this gear, and the compact size allowed for easier traveling. So, I forgave Olympus for abandoning my beloved DSLR Four Thirds system. I found the new mirrorless Micro Four Thirds system to be even better.

Recently, I upgraded to the Olympus OMD E-M1 Mark II. I purchased a new Aquatica housing and got the Olympus M.Zuiko Digital ED 12-200mm f/3.5-6.3 lens for working on the surface. Considering the large wide-to-telephoto zoom range, this lens is very sharp. When working from a small inflatable boat, having a lens with this zoom range is a very useful tool.

Now that Olympus will be out of the camera business, what does this mean for me and other devoted Olympus camera users? I am trying to be optimistic. Olympus is selling its imaging business to Japan Industrial Partners (JIP). This is a private equity fund that specializes in the restructure, revitalization and resale of loss-making businesses. The firm did purchase the computer division of Sony. These computers still exist under a new company name.

I can only hope that Olympus imaging equipment will be restructured and sold to a company that will keep developing inventive, useful tools. Olympus has always been accessible for technical information. When gear needed repair, Olympus had been straightforward to deal with and did the repairs in a reasonable amount of time. I can only hope this will continue. ■ 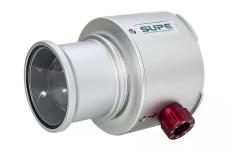 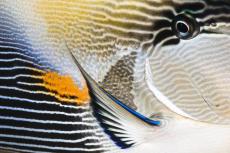