As dive travellers, we occasionally find ourselves traversing many zones in our pursuit of the next great underwater adventure often feeling completely out of sorts on arrival thanks to jetlag. What can the latest research tell us about this annoying condition?

Our daily sleep cycles, behaviour and metabolism are regulated by a powerful master clock, which resides in an area of the brain known as the suprachiasmatic nucleus. This “circadian” clock is regulated by some special brain cells, which in turn, are highly sensitive to daylight.

Because the body’s biological clock can only shift a small amount each day, it takes the average person about a week to adjust to the new time zone after a transatlantic flight.

The traditional model stated that the clock and the brain communicated to the rest of the brain via the number of electrical impulses that the brain cells were producing. These impulses would travel around the brain, telling it what time of day it was. These cells had been thought to be inactive during the day, but the recent research by a University of Manchester team has found the opposite to be true.

The brain seem to keeps the body clock on track by firing more cells during daylight and very few during the night. It is hoped that these new findings will lead to new approaches of being able to tune our body clocks. This new understanding may also pave the way to combating sleep disorders triggered by body clock malfunctions and help develop drugs to counteract things like jetlag.

“What we’ve found is in fact that there are at least two types of cells in this part of the brain.” Professor Hugh Piggins, an expert in neuroscience at the university told the BBC World Service’s Health Check programme.

One such new cure for jet lag could be on the market in the matter of few few years after clinical trials show a pill can reset the body’s natural sleep rhythms.

In trials, published in the esteemed medical journal, The Lancet, a drug called Tasimelteon helped troubled sleepers nod off quicker and stay asleep for longer, by shifting the natural ebb and flow of the body’s sleep hormone melatonin, which peaks at night. Experts said the drug would also be a welcome alternative to addictive sedatives.

Natural melatonin is a popular treatment for patients with body clock-related sleep disorders. Various melatonin products are often sold over the counter as non-prescription drugs and researchers warn the potency, purity and safety of melatonin pills is largely unregulated. Also it is inconclusive whether they work in shift-workers and people with jet lag.

The new drugs, which work through the same neuro-receptors and pathways as melatonin, are said to improve daytime performance and alertness without any carryover sedative effect.

Harvard University researchers believe the brain has a second clock that keeps track of meal-times, rather than daytime. To understand the relationship between the two clocks, the Harvard team studied mice, which were missing a key clock gene. By observing the behaviour of the mice closely, the researchers discovered that when food is scarce, the feeding clock would override the circadian master clock, keeping animals awake until they had the opportunity to eat.

Thus, shift workers and travellers may be able to use the feeding clock to adapt to changes in time zones and keep tiredness at bay by not eating, they suggested in the journal Science.

“A period of fasting with no food at all for about 16 hours is enough to engage this new clock,” explained lead researcher Clifford Saper. “So, in this case, simply avoiding any food on the plane, and then eating as soon as you land, should help you to adjust and avoid some of the uncomfortable feelings of jet lag. It’s never going to make the symptoms disappear entirely, but it could certainly make them a lot more manageable.” ■

During extended stop-overs on a long haul flight, showers are sometimes available. A shower not only freshens you up but gets the muscles and circulation going again and makes you feel much better for the rest of the flight. Trans-Pacific pilots have told us taking a shower in Hawaii helps them recover more quickly from the general effects of jet lag after the flight 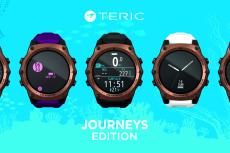