King Ghidorah has returned - but thankfully not in the same form, but as a namesake for a species of branching worms that has just been discovered. Named after Godzilla's nemesis, King Ghidorah, the newly discovered branching worm's scientific name is Ramisyllis kingghidorahi. Its head is at the right of the image.

The sea worms, which lived inside their host sponges, were discovered by researchers in Japan. Images of the worms were then sent to Professor M. Teresa Aguado at the University of Göttingen, who subsequently organised a field trip to further investigate the species.

A distinctive feature about the worm—the third species of branched sea worms ever discovered—is the fact that it has dozens of regenerative posterior ends that look like tree branches as they spread out from the main body.

During reproduction, the ends of these branches (called a stolon) detach and swim to the surface to release their eggs or sperm, which find their way to the water column, where fertilisation occurs.

"King Ghidorah is a branching fictional animal that can regenerate its lost ends. So we thought this was an appropriate name for the new species of branching worm," said Aguado, the paper's lead author.

Being only the third species of branching sea worms ever discovered, Aguado said that they were amazed to find another one of “these bizarre creatures.”

The other two species, which also lived in sponges, were found in 1879 in the Philippines (Syllis ramose) and in 2006 in northern Australia (Ramisyllis multicaudata) respectively. The latter was named in 2012 and found to have about 100 branching segments.

The team believes that there are more species of branched sea worms yet to be discovered, but it is challenging to find them as the invertebrates spend much of their time inside their host sponges.

But why are the worms residing inside the sponges? Is the relationship between the worms and sponges symbiotic or parasitic? How do the worms manage to access sufficient food while within the sponges?

These questions constitute the next stage of the research process, as the researchers explore the relationship between the worms and sponges.

Closure of Guadalupe Island for divers cause of great concern for the sharks
30 Jan, 2023 - 21:33
END_OF_DOCUMENT_TOKEN_TO_BE_REPLACED
Advertisement 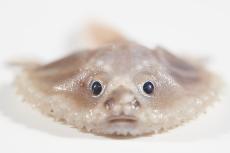 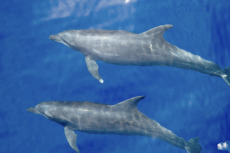 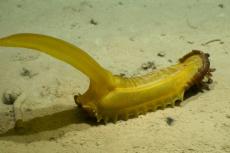 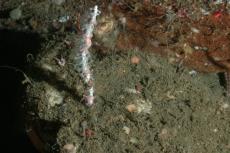