Shark dives provide an excellent way to meet a lot of sharks, and represent a unique situation in which sharks are treated well by humanity.

On a shark dive

Shark dives provide an excellent way to meet a lot of sharks, and represent a unique situation in which sharks are treated well by humanity.

Shark dive clubs usually bring some fishy scraps—in most cases the remains left over after big fish have been cut up for sale. The scent attracts the sharks into view, and provides a bit of excitement as the animals investigate and try to get a piece.

But little actual food or nourishment is given. The sharks circle far and wide through the vast volume of the visible ocean, in a memorable and dramatic display, as they look over the scene, zoom in for a closer look, try for a scrap, and socialize.

The divers generally remain in an agreed-upon position so that the sharks can come and go from the food unobstructed. The procedure works well, and is followed by divers around the world, almost without incident.

Unfortunately, this practice has been singled out for criticism, though no evidence to support arguments against it has been offered. Scientific studies have shown that there are no ill effects on the sharks and their subsequent behaviour. Further, no correlation between shark dives and shark attacks has been found, in spite of decades of shark attack studies and many researchers seeking to find just such a connection.

Not only are the divers enchanted by the sharks, but the sharks show an unexpected level of interest in the divers, quite apart from their response to the food, and this is as true of tiger sharks as it is of reef sharks. They appear to enjoy the event, and the opportunity for socializing. The event is as special as it is because of this response by the sharks themselves, and that is an important point of which critics are completely unaware.

So little food is brought for the sharks that no one animal gets enough supplementary food to make much difference to its dietary needs, and long-term studies of the travelling patterns of different animals have shown no association with the presence or absence of shark dives. One can see for oneself, when watching the actions of one shark at a time on a shark dive, that not all of the sharks present actually approach to eat, and many seem to be there for social reasons. Sharks don't appear to have the strong bite reflex observed in mammals and related vertebrates—they neither fight, nor bite each other. They don't bite the divers either.

The criticism seems to stem from the idea that sharks really are the blood thirsty monsters presented by the media. Taking this idea a step further results in an unquestioning belief that attracting such creatures into the presence of divers, just has to be bad. The idea is fully supported by shark fishermen, who themselves have no idea how sharks behave, and for whom fighting such monsters demonstrates their own superiority.

Yet they turn a blind eye to the shark fishing practices of using not only food, but also special, bloody mixtures called “chum” to attract sharks, often in the vicinity of beaches. For example at certain popular piers in Florida, shark fishing and baiting goes on 24/7, and while life-guards on the nearby beaches signal that everything is all right to beach goers, bull sharks and hammerheads are being lured into shore closeby and fished. Yet, divers are prohibited from putting even scent in the water, and shark divers are obliged to go to the Bahamas.

Such examples can be found quite widely. In French Polynesia, for example, divers began lobbying for shark protection when shark finning began. The fishermen counter attacked by claiming that the divers were responsible for the sharks being there in the first place, and that because of shark dives, soon the sharks would be coming out on the beaches to eat their babies—they were doing everyone a service by finning them. Fictitious though it was, the argument nearly resulted in shark dives being banned in the country, even though divers were responsible for bringing in a high fraction of the tourist dollar, and shark feeding had been practiced there for decades without incident.

Sharks are able to distinguish one event from another, and easily differentiate shark dives from spear fishermen. Such fishermen are themselves responsible for attracting sharks to their activities, as they always have. The scents and sounds they cause are different from those of a shark dive setting.

Most shark enthusiasts are divers, since diving is the only way to see sharks in their own realm, so shark dives form an important basis for shark conservation. Given that a quarter of shark species are threatened with extinction, the benefits of shark dives take on greater significance. Divers seeing sharks for the first time typically use such words as "terrific," "so beautiful," "amazing animals," and speak of being enraptured by the sight.
The sense of awe expressed is so powerful as to often change the person's attitude forever. They never forget, and many return again time after time to see sharks in their natural habitat, and become informed supporters of shark conservation. 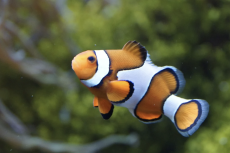 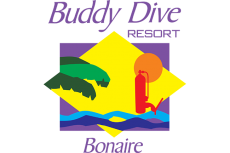