Breathing hyperbaric air causes a syndrome of behavioral and subjective effects called nitrogen narcosis, which limits the work efficiency of divers and is ultimately life-threatening. Table 1(right) presents the classic view of the progressive effects of nitrogen narcosis based on descriptions in a number of current textbooks (Bennett, 1981; Miller, 1979; Edmonds et al., 1983). This view emphasizes the growing helplessness of the diver to combat narcosis until eventually stupification sets in at 295 fsw.

The image of helplessness is reinforced by Cousteau’s well-known description of narcosis as “raptures of the deep” and his accompanying warnings about a loss of self control, which is exemplified by the urge a diver might have to give his mouthpiece to a passing fish.

Given the assumption of helplessness, it is not surprising that the usual advice to divers is to avoid narcosis by not descending too deep, or to ascend immediately when symptoms are encountered. This is excellent advice: narcosis should be avoided if possible. On the other hand, this advice is not helpful to those divers who must work while narcotic.

The purpose of this paper is twofold. First, to highlight recent advances in behavioral research on narcosis, which suggest that it might be possible to develop training procedures to improve the work effectiveness and safety of divers exposed to narcosis. The second purpose is to propose some principles that could serve as a guide for he development of these procedures. For more detail on the experiments mentioned in this paper, the reader is referred to a recent review covering the last 15 years of behavioral research on narcosis (Fowler, et al., 1985).

Narcosis as a slowing of responding

Recently, a theory called, the slowed processing model, has been proposed, which suggests that, prior to unconsciousness, the primary effect of narcosis on performance arises from a single fundamental deficit in the central nervous system. This deficit is thought to be a decrease in arousal which slows responding but does not cause perceptual distortions of either vision or audition.

The claim that narcosis does not cause perceptual distortions is counter-intuitive, because narcosis typically decreases the accuracy of responding as well as increasing response time on a variety of cognitive, perceptual-motor and manual dexterity tasks.

To explain how the slowed processing model accounts for these decreases in accuracy, it is useful to consider an example of the research that is being conducted on narcosis with the hyperbaric facilities at the Defense and Civil Institute of Environmental Medicine in Toronto, Canada. One of the tasks used to study narcosis is called the Serial Choice Reaction Timer. It consists of a set of push buttons arranged so that a finger can rest comfortably on each one.

Adjacent to each button is a light-emitting diode. The task is to extinguish a lighted diode as quickly as possible by pressing the appropriate button. This lights another diode randomly which must then be extinguished and so on for a specified period of time—usually 90 seconds. A computer controls this sequence of events and also records reaction time and the number of times an unlit button is pressed—this is defined as an error and reflects the level of accuracy.

Subjects performing this task in a hyperbaric chamber at the equivalent of 295 fsw show an increase in reaction time and in the number of errors committed, but they are not stupefied as the classic view would suggest. Moreover, it turns out that these errors can be eliminated by training the subjects to slow down. In other words, the loss in accuracy can be controlled at the expense of speed.

Generally speaking, it appears that this is true for many tasks where a loss of accuracy is not necessarily part of the performance breakdown due to narcosis. To summarize, the slowed processing model holds that decreased accuracy on many tasks is due to untrained individuals working too quickly and being willing to take more risks than usual.

Two training principles are suggested by this research. First, disorganized behavior is not necessarily part of narcosis and can be overcome by training. Second, errors can be avoided by slowing down. Conversely, when time is at a premium and the diver is hurrying, an increase in errors will be unavoidable. The potential costs of these errors in terms of work efficiency and safety must be weighed against the possible gains.

Effects of narcosis on memory

Tasks involving long-term memory and learning are one area where slowed processing model is unsuccessful in explaining decreases in accuracy by a failure to slow down. Narcosis causes forgetting, which can be so severe that it was evident to early observers.

Even before World War II, it was noticed that, after surfacing, divers were unable to recall all the events that had taken place under water. More recently, research has demonstrated another effect. During a dive, Material learned beforehand may not be recalled.

Quite clearly, these forms of amnesia raise a number of potential problems. During the dive, there is the possibility of forgetting previously learned instructions and the learning of new material will be impaired. This latter effect will contribute to difficulty in solving new problems. After surfacing, events during the dive may not be recalled.

Two training principles could be employed to counter these amnesic effects. First, the diver should rely on memory as little as possible. Second, when memory must be relied on, the material should be highly overlearned and memory cues used to minimize forgetting.

Examples of procedures relating to the first principle include preparing and using a check-off list, which details every stage of the dive and recording all interesting observations during the dive. With respect to the second principle, divers must overlearn any emergency procedure, which is to be executed quickly in a precise sequence. In addition, an obtrusive alarm system should serve as a cue for critical items, such as bottom departure time.

—and their relationship to performance
The term “raptures of the deep” was coined to highlight a striking ... 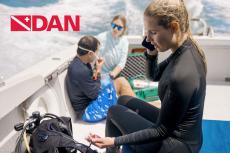 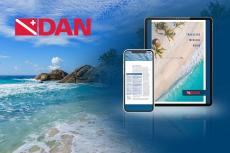