In 1977, a year after I got certified, Soundwave Systems launched the “Wetphone,” a voice-activated underwater communications device that promised to revolutionize sports diving, making it a “silent world” no more. I added it to my wish list along with a Watergill At-Pac, the forerunner of modern-day wings, and an SAS drysuit. Soundwave filed for bankruptcy a few years later. Michael Menduno is an award-winning reporter and technologist based in California, USA, who has written about diving and diving technology for more than 25 years and coined the term “technical diving.”

He was the founder and publisher of aquaCORPS: The Journal for Technical Diving (1990-1996), which helped usher technical diving into the mainstream of sports diving, and organized the first Tek, EUROTek and AsiaTek conferences, as well as Rebreather Forums 1 and 2.

The Full Monty of Underwater Communications

Listen up. Today, all through-water communications systems operate in “half duplex” mode similar to a walkie-talkie. The receiver is turned off when the user pushes the talk button so as not to saturate the receiver. Contrast this with your “landline” telephone, which operates in full duplex mode; both parties can talk at the same time. Mobile phones give the illusion of full duplex, but actually the transmitter and receiver operate on slightly different frequencies.

All that is about to change if QinetiQ North America, has its way.1 Last month, the privately held, Massachusetts-based manufacturer, which produces some 200 types of robots for the US military, announced that it had cracked the holy grail of wireless communications—simultaneous transmission and receiving (STAR) using their unique patented cancelation technology called DOLPHIN, which was developed in partnership with Optimal Systems Laboratory, Inc. In addition, DOLPHIN creates a unique identification wrapper for each voice, making it possible to granularly manage communications. Until now, the problem was considered unsolvable.

QinetiQ’s technology will make it possible to create extensive undersea wireless networks for data and voice communications, solving numerous challenges for the military, commercial and even consumer users. The Navy, for example, will be able to operate swarms of autonomous underwater vehicles that will constantly communicate with each other instead of relying on ineffective Time Division Multiple Access (TDMA) modulation, which assigns a specific time slot for each distinct communicator. For divers, it means they will no longer have to push to talk, and a network of divers can share the same frequency.

Simultaneous transmissions
Data transmission rates depend solely on the frequency and power of the underlying hardware. However, because a Dolphin-enabled point-to-point comm unit will be able to transmit and receive simultaneously—for example, transmitting data packets while receiving requests to resend specific missing packets, as part of its error correction protocols—throughput would show a 4x improvement, compared to half-duplex communications.

“I envision a group of eight divers that will all be able to communicate with each other at the same time, while the divemaster would be able to have private conversations with any specific diver and also get a read of diver’s gas supplies and their biometrics,” explained Greg Folts, QinetiQ’s Director of Business Development for Maritime Systems who is also a diver.

Other applications include creating “continuous” sonar versus discrete “pings” and listening, making it possible to reduce peak power requirements by 1000x or 30dB. The same goes for Fish-finders. It could also eliminate the under-the-boat blind spot in side-scan sonar. In addition, DOLPHIN can be used with radio frequency (RF) applications such as radar. The company plans to license its technology to interested manufacturers, i.e. “QinetiQ Inside.”

The company’s biggest challenge? “Our biggest problem is convincing people it is real,” said Folts, who is working to convince the military and others to rewrite their wireless comm specs. The company will be trialing DOLPHIN with the US Special Operations Command (SOCOM) in November. Keep your ears open for this space. ■

Today—nearly 40 years later—communication systems have become standard kit for commercial, military, law enforcement, public safety, aquarium and scientific divers and videographers, but they remain a niche product for recreational and technical divers. For many, the added complexity and cost of what is essentially an underwater walkie-talkie outweighs the benefits in the absence of a mission-specific need. Others say they prefer to commune in silence. If you are wondering whether your next diving project could benefit from vox communication, it is useful to understand a little about the technology, its implementation and use.

There are two kinds of underwater communication systems: hardwire and wireless or “through-water” comms. Hardwire systems are essentially waterproof intercoms connecting the diver to the surface, and are used primarily for divers on an umbilical and “blackwater diving.” They are not designed for sport use. In contrast, through-water systems use ultrasound (typically 25-33kHz) to transmit and receive signals through water in the same way that walkie-talkies or mobile phones use radio waves. The density of water, which is 784 times greater than air, makes it an excellent conductor of sound energy—a fact not lost on nature: many marine animals, especially cetaceans, use ultrasound to communicate and navigate. Conversely, with the exception of extremely low frequencies, radio waves do not propagate through water. Today through-water systems are called “half-duplex” (vs “full-duplex” ) because only one person can talk at the same time on a given frequency while the receiver listens just like a walkie-talkie or push-to-talk CB radio.

Originally developed for the US Navy in the late ‘60s, early through-water comms and their spinoffs such as the Wetphone, used the circuitry found in AM radios to encode voice conversations (0.3-4kHz) on an ultrasound carrier. However, amplitude modulation (AM), which transmits three simultaneous signals—a carrier and two sidebands—suffered from poor intelligibility because the signals would get out of sync as they traveled through the water and were reflected off various surfaces. Also, divers had to remain nearly motionless in the water while talking; otherwise, voices sounded garbled.

None of this helped Wetphone’s case. It was not until the mid-’80s that increasingly miniaturized electronics made it possible to use sophisticated single-sideband modulation, which transmits a single ultrasonic carrier signal to eliminate the reflection and multi-path problems of AM. Single-sideband quickly became the de facto standard due to its near 100% intelligibility under good conditions.

Today, there are several primary vendors that build through-water comm systems: granddaddy Ocean Technology Systems (OTS) founded in 1984, DiveLink Underwater Communications and Ocean Reef Group. Products range from all-in-one, half-watt cigarette pack-sized sport transceivers that are powered by a 9v battery and mounted on the mask strap, to more powerful 5-watt walkie-talkie-sized units that can be attached to a diver’s harness and include cabling for the mic and earpiece. Most units feature dual channels and are push-to-talk like a walkie-talkie, though some offer voice activation as an option. Their operational range varies from 150-1,500ft for sport units to more than half a mile for professional comms, depending on sea conditions and noise levels (special military units can transmit more than three miles). Vendors also sell receive-only units and a variety of surface stations for surface-to-diver communications.

Who was that masked man?

If you could just add comms without changing anything else, it is likely that many more sport divers would be talking the talk. Unfortunately, it is not that simple. In order to talk underwater, you need an air-filled space to speak into (and place a mic), and the mouth must be unencumbered. Early sport units like the Wetphone utilized a “mouth mask,” essentially a rubber pocket attached to the second stage regulator and strapped over the mouth; however, they have proved to be largely unworkable. Instead, the community has standardized the full-face mask when using comms, which enables divers to breathe through their nose and mouth.

Today, there are a variety of full-face masks on the market along with requisite training courses. Most masks feature a built-in oral nasal pocket to reduce CO2 build-up, a built-in regulator, and a port to attach a comm system. In addition, the majority circulates breathing gas across the faceplate to keep it from fogging.

Full-face masks offer divers a number of obvious advantages over scuba masks. They have a wider field of vision, they do not fog up, and they are warmer and more comfortable than a bite-mouthpiece. They also protect the diver’s airways in the event he or she goes unconscious underwater, which is a big safety factor.

The disadvantages are subtler. Like any scuba mask, mask fit and obtaining a good seal is critical, especially since the full-face mask covers more of one’s face. Equalization can be more difficult and so can mask clearing. With practice, gas consumption tends to be about the same with a full-face mask but goes up considerably when you are talking—good gas management skills are required.

In addition, bailout is a little trickier, particularly in cold-water. Divers have to remove their masks and regulators simultaneously to go on an alternative breathing source. Ironically, full-face masks present more challenges for technical divers. First, they complicate open-circuit gas switching: divers must use quick disconnects and/or a gas block to switch to their decompression gas or bailouts without removing their masks. Second, despite added airway safety, the use of a full-face mask with rebreathers is, at best, problematic for a number of reasons. Finally, comm gear is not inexpensive: A full-face mask with comm system can cost up to US$1,000-2,000 per diver.

Some new and older masks are designed to address some of these issues. The new OTS Spectrum offers a soft oral nasal pocket, which makes equalization easier; divers can pinch their nose just like when wearing a scuba mask. In addition, it is designed to use divers’ existing second stage regulator, which reduces the cost. Similarly, the Kirby Morgan M48 Mod 1 Modular FFM has a removable oral nasal pocket that makes bailout and underwater gas switches easier. Company co-founder Bev Morgan began working on the design back in the early days of technical diving in response to the need to be able to make gas switches. Ocean Reef also offers their Predator TDivers mask built for Team Blue Immersion founded by PADI Territory Director Jonas Samuelsson for a cold-water tech expedition. They also use it for their support divers.

Today, recreational and technical divers tend to use full-face masks and comms for mission-specific applications, and some say the uses are growing. Some examples are diving in cold or dirty water; outfitting support divers who need to be able to speak with the surface; use in very long decompressions or remote in-water recompression; and, of course, the occasional underwater wedding. They are also favored by gear geeks.

There is no doubt that being able to talk underwater adds a layer of safety, coordination and control that cannot be achieved otherwise. That is why they have become indispensable tools for working divers. But given their added complexity and cost, most sport divers are still content to rely on hand and light signals to convey essential information, and do their talking after the dive. ■ 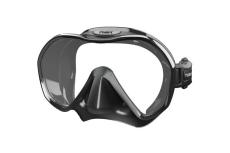 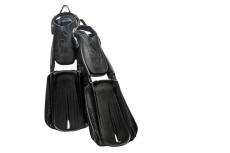 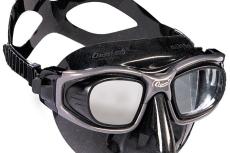 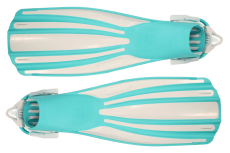