An unlikely animal has been recruited to battle the destructive crown-of-thorns starfish that is invading the Great Barrier Reef. A giant sea snail may turn out to be another line of defense against the destructive crown-of-thorn starfish that is currently plaguing Australia’s Great Barrier Reef.

Called the Pacific triton sea snail (Charonia tritonis), it can grow up to about 50 to 60cm and is indigenous to Australian waters. More importantly, the crown-of-thorn starfish happens to be part of its natural diet. However, the sea snail is currently endangered due to the consumer demand for their shells.

Since June 2017, the Australian Federal government has been funding a two-year study to find out how to breed these sea snails with the aim of seeding the wild population, thereby providing the Great Barrier Reef with another line of defense against the destructive starfish.

“The idea is that we have high-risk reefs, and you could basically use tritons as a special forces team,” said Dr Mike Hall from the Australian Institute of Marine Science (AIMS) in a Newsweek article.

However, because the sea snails are endangered, there are only eight adult Triton sea snails in the lab. Very little is known about their life cycle. "We really don't know anything about them, what they eat, whether they're nocturnal or not, and this is the first real attempt to breed them," AIMS marine chemical ecologist Dr Cherie Motti told Agence France-Presse.

In addition to increasing the sea snail population, this project also builds on previous AIMS research which found that crown-of-thorns starfish exposed to triton secretomes (or chemical scent) will try to flee the area to escape the perceived threat.

To this end, the research team will try to identify the chemical responsible for inducing fear in the starfish, to explore the possibility of placing alarm-inducing baits in the ocean.

“If successful, this research will allow scientists to closely look at the impact of giant tritons on crown-of-thorns behavior and test their potential as a management tool to help reduce coral lost to outbreaks,” said Queensland federal MP Warren Entsch. 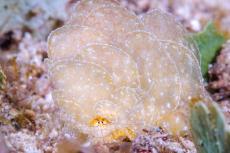 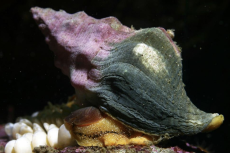 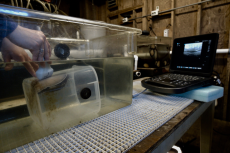 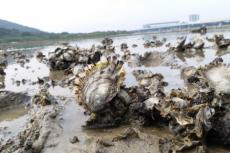