Big Animals, Big Emotions: When award-winning wildlife photographers Amos Nachoum and Marko Dimitrijevic join forces, the results are spectacular. In BIG, they take us on a remarkable and moving journey around the world of big animals– and into ourselves. 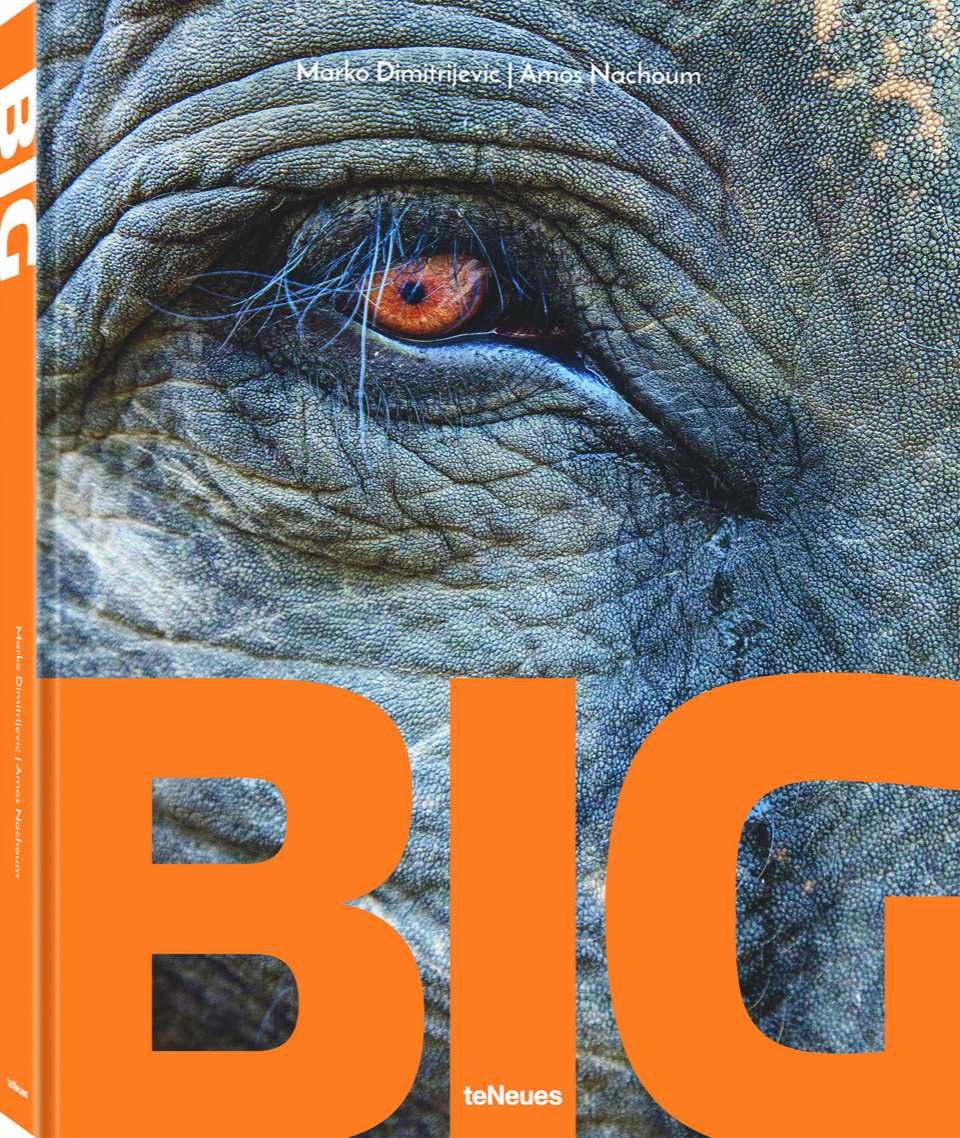 For the first time a wildlife photography book is crafted through the emotions felt by its photographers. When we encounter an animal in nature, we have a direct emotional response to it. We can feel awe, admiration, fascination, and yes, sometimes love or fear as well. Marko and Amos bring you face to face with the biggest animals through their amazing photos. They also share their emotions getting very close to giant grizzly and polar bears, diving with great white and whale sharks, photographing roaring tigers and lions, observing up-close gorillas, leopard seals, bisons, eagles and more. And even approaching 200-tons blue whales.

Marko Dimitrijevic and Amos Nachoum are friends, and in their combined 70 years of experience photographing wildlife, they have taken hundreds of sensational photos of animal encounters in the wild. For the first time ever, they have assembled their best photos of the world’s largest animals in BIG. The photographers also tell us what it is like to look these giants in the eye. Nachoum and Dimitrijevic invite everyone to consider how the animals reflect our natures and what we can learn about ourselves by observing them and protecting them.

Marko Dimitrijevic is a Swiss photographer and entrepreneur who lives in Miami. He holds degrees from the Université de Lausanne and Stanford University and has traveled to more than 120 countries focusing on endangered species and conservation. His photos have been awarded by or published in The Sunday Times, Travel + Leisure, Travel Photographer of the Year, Ocean Geographic, Sony World Photo Awards, Digital Foto, Alert Diver, American Photo, Islands, International Photography Awards, Photopro, Boats International, Nature’s Best Photography and many others.

Amos Nachoum is a prize-winning Israeli photographer who was a National Geographic Team Leader on various photo expeditions documenting the Red Sea, white sharks, and killer whales. His photos and essays have appeared in hundreds of publications around the globe, including National Geographic, Time, Life, New York Times, Le Figaro, Der Spiegel and Unterwasser and more. Amos’ photographs won awards from Nikon, Communication Arts, and the BBC, who named him Wildlife Photographer of the Year. Through his agency, Big Animals Global Expeditions, he organizes maritime expeditions and photo trips. In 2021 he gained the title of World Nature Photographer of the Year for his image ‘Facing reality.’