Fish stocks are depleted world-wide. Over fishing, pollution and coastal development is putting the aquatic resources under strain. Eco-friendly tourism battles against the need for food. Scuba divers rage against dynamite fishing. The oceans struggle to sustain human activities. Many see fish farming as the solution to save the fish stocks and keep feeding people. Fish stocks are depleted world-wide. Over fishing, pollution and coastal development is putting the aquatic resources under strain. Eco-friendly tourism battles against the need for food. Scuba divers rage against dynamite fishing.

The oceans struggle to sustain human activities. Many see fish farming as the solution to save the fish stocks and keep feeding people.

Fish contribute a significant amount of animal protein to the diets of people worldwide. It is estimated that between 15 and 20 percent of all animal proteins come from aquatic animals. This means that enormous amounts of fish have to be taken out of the ocean daily. Contrary to most of the land animals, which are farmed or domesticated animals, fisheries make up the largest harvest from a wild food source on the planet.

Fish is not only a vital food supply, it is also a source of work and money for millions of people around the globe. In 1996, an estimated 30 million people were deriving an income from fisheries. An overwhelming majority of them—some 95 percent—were in developing countries.

Over the last few years the public attention has been drawn to aquacultural operations that are environmentally disruptive, such as the farming of salmon and shrimp.

Dwindling fish stocks are therefore not only depriving many people of their daily meal, but also cutting them short on income. Many countries have turned to aquaculture to solve both the problem with lack of wild fish, and to create ways to giving people job opportunities. Aquaculture has, can and will play an important role in human nutrition. Aquaculture is the world’s fastest growing source of food, outpacing terrestrial meat production. Today, nearly one-third of the fish we eat is not captured in the wild, but raised in a fish farm. However, as aquaculture gains importance in the modern food supply, there are growing concerns about the damage that it can cause to water quality, biodiversity and ocean fish stocks.

Farming fish is not however completely without problems. Correcting one problem, like substituting the catch of wild fish, doesn’t necessarily save the oceans. Over the last few years the public attention has been drawn to aquacultural operations that are environmentally disruptive, such as the farming of salmon and shrimp. Yet, these operations account for only a few percent of the total output.

World aquaculture is dominated by shellfish and by mainly carp in China and India, but also catfish in the United States and tilapia in several countries. In cold water countries like Chile, Scotland and Norway, high-valued species such as salmon are mainly grown for export. China’s and India’s carp production is primarily farmed for domestic consumption.

Salmon farming in Norway has created two major concerns. Pollution in the waters around fish farms from heavy concentrations of fish faecal, uneaten food, and other organic debris. The other major concern is runaway farmed salmon.

There are real fears that escaped salmon might out-compete the native fish for the available habitat, adding another threat to wild salmon. There is also a concern about transmitting contagious disease and infestations of parasites, from farmed salmon over to wild salmon.

Shrimp farming in ponds also creates large amounts of waste and demands large amounts of fresh water. When that water is flushed from the ponds into surrounding coastal or river waters in exchange for fresh supplies, its heavy concentrations of fish faeces, uneaten food, and other organic debris can lead to oxygen depletion and contribute to harmful algal blooms.

Many countries have implemented regulations to reduce the harmful effects of seafood farming. Aquaculture techniques and technology do continue to improve, but there is still a way to go before it can be labelled as environmentally friendly.

One great paradox is that some aquaculture production also puts more pressure on ocean fish stocks, rather than relieving pressure. Carnivorous species like salmon and shrimp depend on high-protein feed formulated from fishmeal—a blend of sardines, anchovies, pilchard and other low-value fish. Marine scientists and conservationists are therefore concerned about the immense volumes of wild ocean fish that must be caught to feed these farmed fish.

Some reports even suggest that fishmeal resources could be depleted by 2030. It is therefore vital that a balance between the need of marine food, can be combined with a sustainable harvesting of these resources.

The depletion of many fish stocks around the world makes it even more important to find environmental friendly solutions to fish farming, to feed the ever growing population of our planet. ■ 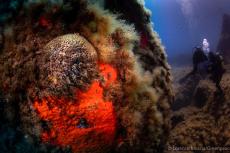 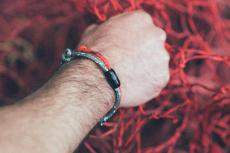 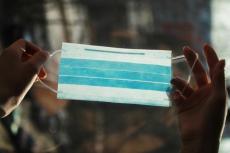