When I spotted this strange-looking, boxy gadget in Keldan’s booth at the Boot show in Düsseldorf, I had to inquire what it was. It turned out to be the prototype of an upcoming videolight controller with which the imagemaker can remotely adjust the output of two videolights directly from the camera housing. 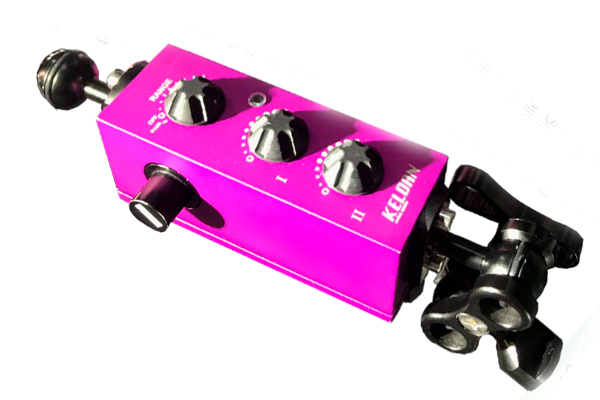 The principle is similar to the remote flash triggers, which are frequently used in photo studios, wherein the controller is mounted in the camera’s hot-shoe and used to balance various remote flashes placed elsewhere. In the same manner, this unit also controls the output of each video light separately. The two lower dials—one for each light—simply turn the power up and down. The main difference from the studio flash controllers is that this unit controls video lights and wirelessly connects to them using ultrasound rather than radio waves. Keldan says that the unit is currently still undergoing final developments, design tweaks, and maturation for release on the market later this year.