Wreck beers, century-old champagne retrieved from the Baltic and maturing of wine in underwater crates, ... this publication is no stranger to alcoholic beverages maturing underwater. Now a Croatian winery, Edivo Vina, has opened its doors to the country's first underwater winery to visitors.

Located about an hour north of Dubrovnik, in the town of Drače, on the Pelješac peninsula, the Edivo Vina winery requires a quick dive to explore where the wine is stored underwater in clay jugs — called amphorae — at the bottom of Mali Ston Bay for one to two years before it's enjoyed.

The wine is first aged above-ground for three months and then stored in the amphorae. Owners Ivo and Anto Šegovic and Edi Bajurin came up with the idea of trying out the way the ancient Greeks stored their wine in amphoras of the Adriatic sea, thus giving their wine a pinewood aroma as well as protecting it. The quality, colour and aroma of the wines aren't affected.

And while the water increases the odds of leakage, the owners have taken every precaution to prevent contamination: All of the bottles are corked, and two layers of rubber are added to prevent ingress of salt water and wine from leaking out. Each bottle is arranged perfectly in metal cages and then the cages are locked to prevent people from stealing them. In addition, there are also other wine bottles that are aged underneath the sea.

US winery got nixed

The U.S. Food and Drug Administration has stated wine bottles that have had contact with ocean water “may” be deemed adulterated under federal law because they were stored under unsanitary conditions, especially as overpressure on their seals would increase the likelihood of water seeping inside. "Aging wine in a way that bottle seals have contact with sea or ocean waters may render these wines adulterated under the FD&C Act, in that they have been held under insanitary conditions whereby they may have become contaminated with filth or may have been rendered injurious to health," a statement said.

Mira Winery, a winery in Napa and the only American wine producer to experiment with underwater ageing, contested to this, saying their testing and inspection of the bottles showed there was no seepage and that the agencies never inspected the submerged bottles.

That said, it appears that sealing bottles inside amphoras as the Croatian winery is doing offer much more protection of the bottles.

Is it just a sales gimmick?

The sceptics out there think that ageing wine this way is a marketing ploy used to generate sales, but the evidence says that wines aged underwater evolve very slowly allowing secondary and tertiary aromas to come through over primary ones. The wines often softer flavours and rounder, with greater colour and aromatic intensity. The result is a wine that has a slow evolution as if time had stopped.

After the long process of ageing and storing, the amphorae will be brought to the surface covered in all sorts of flora and fauna. The unique appearance of the jars makes them perfect gifts that customers can give to their families and friends. 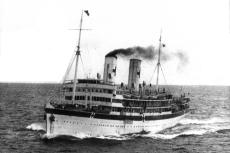 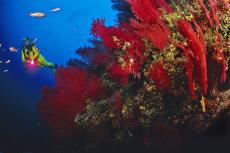