The True Nature of Sharks

The True Nature of Sharks is a full scale exploration of wild shark behavior. Drawn from fifteen years of observing sharks underwater as animals and individuals, it reveals a new dimension of understanding of their lives. 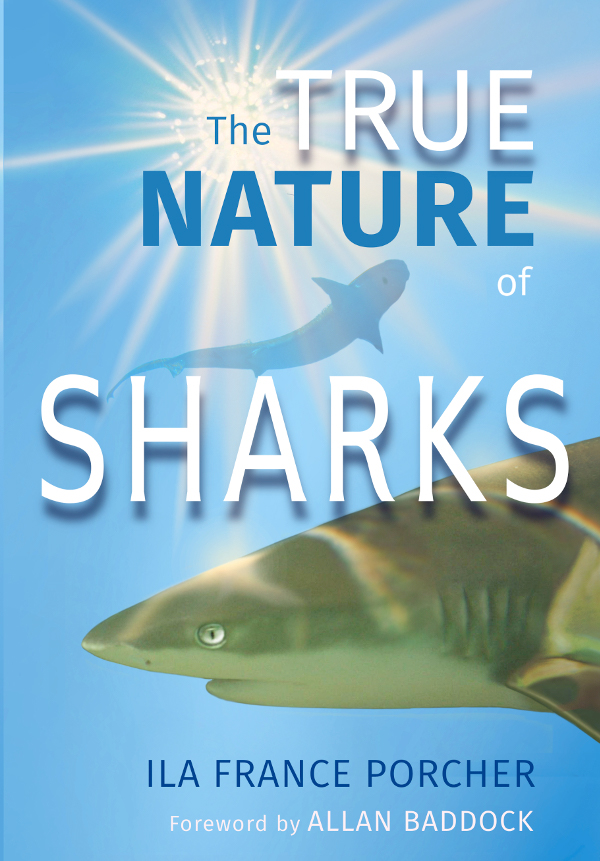 This timely book will make the mysterious world of sharks come alive for you. You will learn how their complex actions reveal that sharks are thinking, rather than acting on instinct alone.

For they are not the dangerously stupid automatons that popular media will have us believe. Neither are they monsters, nor the cold and senseless creatures described by fisheries science. They are ordinary animals, thinking about the events in their lives and responding intelligently.

By their actions, sharks reveal that they are self-aware, form companionships, make swift decisions depending on the circumstances, and can plan to influence an event in the future. They enjoy socializing, communicate through posturing and gestures, and are capable of influencing each other.

They can become highly emotional, yet are peaceful among themselves. Unlike many other animals, including humans, they do not fight! If you love discovering new, intelligent wildlife behavior, you will love this beautifully written and illustrated book, which presents a wealth of unexpected insights and tantalizing implications as it integrates field observations with facts from other branches of science.

The author's clear writing and vivid prose makes you feel as if you are there with the sharks in the submarine realm, and the detailed analysis of the behavior of these important and unusual animals is captivating. As one of the world's few shark ethologists, the author is the only researcher to study sharks long-term by observing them underwater. Already familiar with terrestrial wildlife, she saw at once that they are very different from the mammals and birds we know best, and after several intriguing incidents with them, launched an intensive, seven year study.

Following the precepts of cognitive ethology, she kept track of about six hundred reef sharks, and could recognize more than three hundred on sight. To supplement her findings, she watched wild tiger, bull, and lemon sharks for shorter periods. Her methods resulted in her being credited with finding a way to study sharks without killing them, and the revelation that sharks are sensitive, conscious animals provides another important reason to protect them from being fished into extinction.

Once you understand the true nature of these unusual animals, you will never think of them in the same way again. "Awareness of the cognitive abilities of these animals forever changes our perception of them, and their place in nature, and ours." ~ Alan C. Kamil ~ Emeritus Professor of Biology and Psychology, University of Nebraska