There are five species of sawfish in the world, and all are under threat.

Largetooth sawfish in an aquarium.

According to a new study published in Science Advances, sawfish are no longer found in half of the world’s coastal waters, as they are being threatened by extinction due to overfishing and habitat loss.

Today, the sawfish are among the world’s most threatened family of marine fishes.

Although the current presence of all sawfishes worldwide is unknown, Simon Fraser University (SFU) researcher Nicholas K Dulvy warned that complete extinction was possible if nothing was done to curb overfishing and to protect threatened habitats, such as mangroves, where sawfish can thrive.

In addition, it suggested that Australia and the United States be considered as “lifeboat nations”, as adequate protections already exist and some sawfish are still present there.

“While the situation is dire, we hope to offset the bad news by highlighting our informed identification of these priority nations with hope for saving sawfish in their waters,” said Helen F Yan, another SFU researcher.

“We also underscore our finding that it’s actually still possible to restore sawfish to more than 70 per cent of their historical range, if we act now.” 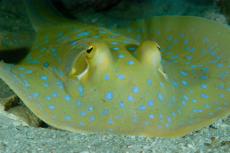 Where eagle rays spread their wings in US waters
Ecology & Science 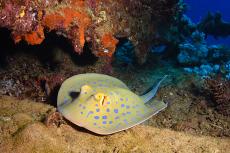 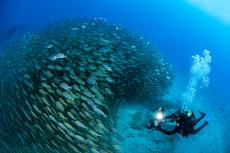