At the moment there are approximately 5000 marine protected areas (MPAs), located around the world. Still only 0.7 % of the world’s oceans are protected this way. They all share a common goal, to protect the sea and land within and everyone who lives within their boundaries. How they actually function, the scope of protection they enjoy, or how research is done, however, differs greatly. Whilst the largest marine park, The Phoenix Islands Protected Area is backed by institutions such as New England Aquarium and Conservation International, to protect some of the last pristine coral reefs on the planet, the tiny Brazilian state marine park Laje de Santos, relies mostly on volunteer work done by a small group of divers who run the NGO Instituto Viva Laje.

Because of its close vicinity to Santos, one of the busiest ports in South America, this NGO is doing a vital job to educate the world on how to care of this little piece of ocean. Norway and Sweden are no strangers to creating protected areas, but this is the first time they venture out into the ocean. The new transnational marine parks are placed on popular tourist areas and near busy shipping lanes, with a rich fauna making them as important to protect as pristine coral reefs in the Pacific.

Africa has mostly been known for its safari parks, as a way of protecting the environment. Now the continent may see the benefits of extending their conservation efforts beyond their beaches, in order to save both the marine fauna and the people depending on it. Namibia has launched its first marine park and entered the group of nations who take pride in protecting their marine heritage. 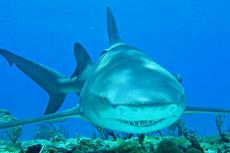