To find seclusion, special locations need to be found. One of these is Nuweiba, up in the Northern Sinai Gulf of Aqaba beyond Sharm el-Sheikh between Dahab and Taba.

Nuweiba is a natural oasis, it spreads over about 40km of gently sloping flood plane surrounded by the majestic Sinai mountains inland and the Gulf. It isn’t primarily a tourist centre but has grown due to its ferry port with connections to Jordan. Much of its coastline has fringing coral barrier reefs with coral gardens, reef walls and pinnacles.

On my visit, the town had three dive centres, each having their own distinct ambiance but all were relaxed, friendly, well run, professional and held safety highly. Diving predominantly starts from a sandy beach over a gently sloping seabed to the area of interest. One centre, Scuba-College Nuweiba, also runs a dive boat to reasonably near sites. All offer nitrox.

So, what diver would chose this location over the many other good options in the Red Sea?
● Beginners. With little or no current and easy beach entries, it’s an excellent training location. The training can start at entry level right through to technical with shallow sites to some at 100-metre depths nearby.
● Underwater photographers like the wide range of critters and possibility of re-diving sites they can get to know well.
● Divers with non-diving families like it, as swimming and snorkelling are excellent with good beaches, and it has easy access to desert attractions.
● Any diver wanting independent buddy dives in place of guided groups.

It’s not the location for extensive nightclubbing, or heavy duty shopping trips, nor the wreck junky.

No ship wrecks here—instead, The Sinkers and Pipeline sites offer some rusty metal for those who must have it. These two structures, left after the Israeli occupation in the 1970’s both have good marine life associated and are well worth a visit even if they are not in the world’s “must do” list.

The Sinkers site is a large, totally submerged mooring buoy, held down by a pair of big heavy growth-covered chains populated by hard and soft corals, shrimps, sponges, anemones and of lots of fish circling.

The Pipeline site has a pair of desalination plant discharge pipes not used in over 30 years, so they are covered in soft and hard corals with numerous species of fish calling the area home. It was a great place to find many tiny pipefish and the occasional torpedo ray on the sand around the pipes with scorpion fish, antheas, fairy basslets, batfish up on the pipes. The end areas of the pipes are used as cleaning stations, so large jacks and snappers visit for the attention of cleaner shrimp and wrasse.

For those metal junkies wanting man-made artefacts, just off the Scuba-College beach at 6m, is a jeep. Not thought of as anything special by anyone there, but really quite fun. It has a pair of undulated morays under a wheel, hawkfish swimming over, lionfish in front and numerous other critters. It makes an especially good night dive. The piers at the Hilton and Nuweiba Town also give good backdrops. The Hilton pier showed off lots of needlefish hunting in swarms of smaller fish.

What attracts the dedicated diver to Nuweiba is, of course, the abundant marine life associated with reefs. The hard and soft corals are in good condition with all the species generally found in the Red Sea. The wide mix of coral gardens, valleys, pinnacles, ergs and tables with areas of sea grass, rocks and sand, probably gives more diversity than nearly any other single location.

The Scuba-College southern house reef starting at the waters edge and dropping to 40m or more is an example. Up at the shore in less than a metre just the variety of stonefish is phenomenal, red, green, blue. Down at the deeper end various pinnacles intersperse with walls to give great topography. At the Hilton house reef of Abu Lou Lou the whole reef acts as a series of cleaning stations and attracts underwater photographers for multiple trips a year, year after year as the photos from it win so many contests (...) 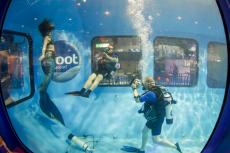 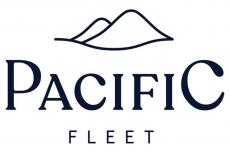 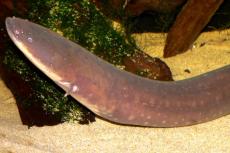