NAUI turns 50. Are the founding principles still valid half a century later, have they changed, and how does the organization plan to evolve in the next 50?

NAUI was formed 1959 in support of its members training the public to safely dive anywhere in the world. That is a goal that will be valid as long as there are people who desire quality training when learning to scuba dive.

What do you see as the main challenge lying ahead for the dive industry?

Surviving the current economic downturn will be the most significant issue for each of the diving community stakeholders, i.e. retailers, resorts and live-aboards, manufacturers, training organizations and publications, to address in the short term. I am pleased with our financial position and brand strength as there is always a flight to quality during tough economic times. I believe we will do well as the corrections in the global markets work themselves out.

In the longer view, the diving community should look to rekindling our “adventure” reputation amongst the younger generations that we once enjoyed. When divers were viewed as explorers and risk takers, the diving community competed well with mountain biking, skiing, and other outdoor pursuits. I believe the community is being disserved by promoting the perception that scuba diving is something anyone can do as one of many distractions while on a tropical vacation. While it may be true that anyone can learn to dive, passionate divers are the engine driving the growth of the community. These are the people we should be celebrating and courting for the future of our sport.

How is NAUI going to address these issues and work with the industry?

I believe I’ve answered the first challenge, and as to the second, we are excited to be celebrating our 50th anniversary of “diver development” rather than just certifying course completers. We’re excited by our continuing corporate alliances with Walt Disney World Resorts and NASA’s Neutral Buoyancy Laboratory and their environmental and youth outreach programs. We are proud to work with groups like Scubanauts International who are also partnering with NASA, NOAA and the National Marine Sanctuaries Program cooperating in outreach to middle and high schools here in the United States using NAUI scuba diver training to foster a love of science and the aquatic environment and produce future generations of diving leaders and scientists.

There is also a newly formed program called Oceans for Life with the US Government, NASA, National Geographic and NAUI using a similar concept with NAUI scuba diver training to foster aquatic awareness and respect to many visiting families of the coalition partner nations of the Middle East. Our corporate offices in the Pacific Rim have conducted many marine enrichment programs for youth in Hong Kong, Palau and Malaysia to name just a few. Members in Kuwait were celebrated recently when they were awarded the NAUI Environmental Enrichment Award for their successful completion of the largest artificial reef ball installation in the world.

The population of scuba divers seems to have gotten pretty gray in the top. We are evidently facing a generation gap and recruitment challenge. How do we best reach out to the younger generation and get them engaged in diving?

This is not a new or significantly unusual observation that each generation in a community inevitably faces. The founding generation of the diving community began retiring from leadership positions as little as a decade ago, and many are still in ownership or senior management positions, which is not surprising in a community that formed only 50 years ago. It is not unusual to see elders in top management positions in any business community and can just as easily be characterized as a sign of a healthy maturing business that can support participants into their retirement years.

Other articles and news about this place 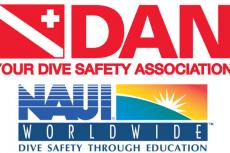 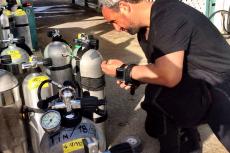 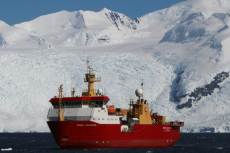 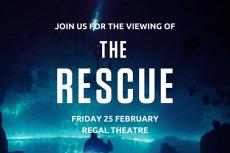 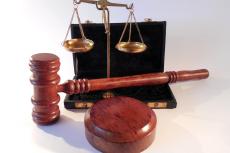