Italy is truly a beautiful country to explore. It is a place where one can not only savor the regional specialties and cuisine in between dives, but also experience the country’s cultural diversity, lifestyle and heritage.

Many years have passed since I was a child, but I still have fond memories of when I went to the beach with my parents to look for crabs and shrimps among the rocks of Liguria. It was decades ago, and a lot has changed, unfortunately, not all for the better. The sea is now nearly depleted of the bountiful marine life it once held. Even so, it still carries a great charm, perhaps more so now and with more poignancy than it did for me before, with the realization that the crabs and shrimps might have been better off left alone on the beach.

Over the years I have had the good fortune to be able to dive and experience the sea more closely. From Tavolara to Ventimiglia, from Levanto to Castellammare, from Noli to Giglio, from Portofino to Sicily—every dive gave me something special. Every time I plan a trip, I remember and relive it all with joy. Indeed, I have travelled to many tropical seas in other parts of the world—all warmer and, in some respects, more colourful than the Mediterranean. Yet, diving in Italy continues to be interesting, and every dive is still a discovery, a search, an adventure.

The landscape and nature found in Italy offers diversity like few others. Only a handful of miles separate the very blue seas along the coast from the snow-capped mountains of the Alps. In between we have the green plains, the parks, the rivers, the lakes and a number of large and small cities. The boot-shaped peninsula that makes up Italy is over 1,000km long and has a coastline of 7,600km. Along the coast, the various sea regions that border the Mediterranean Sea include the Ligurian, Tyrrhenian, Ionian and Adriatic seas. They strongly influence the climate of Italy and are valuable resources, determining the temperate zone of the Mediterranean.

Thousands of years of history have shaped the culture of Italy; each of the country’s various regions have different traditions and have managed to keep their cultural diversity over the ages. Indeed, a visitor will notice differences between regions on several fronts—from the kitchen to the language, even in the pace of work and life. Mix and blend those differences—the variety of styles, colors, scents and flavors, and there you have it—‘Made in Italy’. And among the inventions made in Italy, there are also those created for the underwater realm. In fact, it is in Italy where several of the major dive manufacturers were established and are still innovating.

The diversity and variety mentioned above are also reflected in the sea, making it almost impossible to describe a typical dive in Italy, because it can be completely different depending on where in the country it takes place. So how does one describe diving in Italy? Any generalization would be out of place. The seas lapping the Italian coast offer diving for every taste. In addition, for fans of freshwater diving, there are inland lakes, streams and rivers, with a perfect fit for any diver.

Suffice it to say that, in Italy, every diver has the option of choosing to pursue the kind of diving for which he or she has a passion or a curiosity—whether it be marine life, marine archaeology, wrecks, walls, or caves. If you want to explore the underwater world in and around Italy, I recommend you refer to the database that we Italian divers have compiled, covering 500 dive sites distributed between the Peninsula and the surrounding islands. (See ScubaPortal.it) If a friend from a another country—say, somewhere far to the north—called and asked me for information on where to go diving in Italy, I would first investigate my friend’s interests and make some recommendations based on his or her preferences, in order to provide some alternatives from which my friend could choose. I would then explain an important fact about diving in Italy: that the Italians love the good life, and between dives, we love to eat well in each other’s company.

It would then be my duty to show my friend from the north, in addition to the selected dive sites, the right Italian dishes to match. And in each corner of Italy we visited, I would make sure my friend from the north had at least tried the specialty of the house. This way, the diving would have more ‘flavor’. Then, I would throw onto the table some little cards marked with the possibilities, brief descriptions of dive sites on the main peninsula and the surrounding islands, as well as a few grains of insight gathered from my own and my Italian colleagues’ best diving experiences.

Aside from the two big beautiful islands of Sardinia and Sicily, there are many smaller islands scattered around the coasts of Italy, including Lampedusa, Ustica, Ponza, Elba, Ventotene, Aeolian Islands, Pantelleria, Volcano and Favignana. These small island paradises offer a myriad of great dive sites, some nearly tropical in flavor. The islands farthest south are real jewels, far away from mass tourism, but they require quite a bit of transit to reach.

Take Lampedusa, for example. It’s a picture postcard of beaches and exceptional diving in clear waters with a variety of fish that can compete with many tropical destinations. Ustica, known as the “Black Pearl of the Mediterranean” because of its lava rocks, is truely an open-air aquarium. The island of Elba in the region of Tuscany is closely connected to the mainland and well-known for its diving, with many dive centers ready to welcome guests who make it there by their own means.

The Ligurian Sea probably offers the most variety for all levels of divers and for all tastes. From Cinque Terre and Portofino in the east to Riviera dei Fiori in the west, Liguria is a region that attracts tourists both for its natural beauty and for its man-made features. I recommend Portofino National Marine Park, not far from Genoa. In this natural protected marine reserve, which was established in 1999, one can find corals, barracuda, dusky grouper, common dentex or sea bream and other fishes that are more plentiful now than they were several years ago. At both ends of the Liguria region, there are two very interesting areas for diving: the area of Latte–Ventimiglia with the area of shoals at Balzi Rossi, and on the other side, the area of Levanto and the Cinque Terre National Park, with numerous wrecks.

Liguria offers a wide choice of dive sites for wreck divers, including ships, aircraft and other historic vessels including the famous tanker, Haven, which sank in 1991 at the mouth of the port of Genoa. At 80m maximum depth, it’s a destination of interest for advanced divers with some experience.

From Liguria divers can head down to Tuscany, a region whose name is derived from the ancient name dall’etnonimo used by the Greeks to define the land inhabited by the Etruscans. “Etruria” later turned into “Tuscia” and finally became “Tuscany”. Aside from the island of Elba, which is well-known as a popular dive destination, other islands in the area deserve a mention including Argentario, Capraia, Giglio and Giannutri islands. These islands offer excellent diving between rocks and shoals. Not far from Elba is Pianosa Island, which has been open for diving, albeit on a quota system, since 2013. It is part of the Tuscan Archipelago National Park and is famous for the high security prison, which was closed in 2011.

When I think of the warm and wild seas of the south, my immediately association is with underwater photographer Francesco Turano’s poetic description of this region:

“In Calabria, where it is still wild and desolate, where the beaches are incredibly vast and where the largest rivers of the Aspromonte (Apennine Mountains) pour into the sea, dive immediately into the deep, following the incredible rocky staircases that lead to the abyss of the cold waters of the Ionian and Tyrrhenian seas, and you will find perhaps a less colourful sea, but a sea no less full of surprises for the diver who loves the Mediterranean. The Ionian Sea occupies the central part of the southern Mediterranean: this is where it reaches its maximum depth of 5,093m in the Hellenic Trench. Characterized by deep trenches and extended abyssal plains, the Ionian Sea is one of the most geologically active areas of our country.

“The portion of the Ionian Sea that borders southern Calabria is extremely intriguing from an underwater point of view, as the submerged earth presents a landscape that does nothing to stop one from thinking of cathedrals of rock not far from shore. The charm and unbridled aggression of the deep blue sea, where peace and desolation does not fade away, in no small part, even in summer, are the power of these places for the ‘lone wolves’, those divers seeking the sea and nothing else, who want to experience their dives with a few close friends, experts and lovers of an apparently wild, untamed Mediterranean.

“In these places where mass tourism has not yet taken hold for lack of receptivity, where the only form of tourism is sustainable, environmentally responsible and therefore attentive to the landscape, motivated divers can choose to discover the secrets of the Ionian Calabria, the Ionian Strait, only if they have good experience and many dives under their belt. 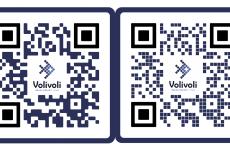 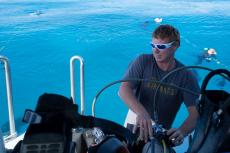 Dive operators hit by a shortage of staff
Travel & Trips

The Arenui is now better than ever!
Travel & Trips