When talk of diving and food coincide it’s generally along the lines of where to find the best post-dive tacos. But lately you may have heard some buzz about ketogenic diets and diving.

Interest among researchers has existed for a few decades, but it has increased in recent years as studies by such organizations as Duke University the University of South Florida have yielded intriguing results.

The mechanisms underlying any connection between these two things aren’t entirely clear, and the research is still evolving, but studies involving military, commercial and technical divers have indicated that there may be some benefits to divers in ketogenic diets. Furthermore, some of those benefits may contribute to recreational divers’ safety. Here’s what we know so far.

A ketogenic diet is one that causes the person on the diet to go into ketosis. Ketosis is a metabolic process that occurs when the body begins to burn fat for energy because it does not have enough carbohydrates to burn.

Functionally this involves following a carefully managed dietary plan that significantly restricts the individual’s intake of carbohydrates. This typically involves consuming about 70 percent of one’s daily calories from fats.

Rather than breaking down dietary carbohydrates or glycogen (an energy-storage molecule created primarily via the degradation of carbohydrates), the body uses fats from the diet and from stored body fat to create energy. This process involves the production of ketone bodies (beta-hydroxybutyrate and acetoacetate) via the degradation of fats, and those ketones can be used to meet some of the body’s fuel needs.

The process is not immediate, and transitioning into sustained ketosis can take several days. Ketosis can be confirmed by over-the-counter devices that measure ketone concentrations in the blood, urine or breath.

It’s worth noting that ketogenic diets have been considered for seizure prevention in people with epilepsy for close to a century. There is some cross-talk in the research on epileptic seizures and seizures caused by oxygen toxicity, so it’s not surprising that some recent studies have suggested a benefit for divers in that regard.

Recently the U.S. Navy has begun research into ketone use to mitigate seizure risk in closed-circuit rebreather divers as well. These results are preliminary, but animal studies have indicated that ketogenic diets had significant anti-inflammatory affects and in some cases could reduce the efficacy of anesthetic drugs.

Research that considers affects of ketogenic diets on divers is largely preliminary, but what has been published appears promising. A growing number of researchers are discussing a model for DCS that involves inflammatory processes in the body, which could have interesting implications for the theorized anti-inflammatory properties of ketosis.

Ketone supplementation has been proposed by more than one researcher for protection against oxygen toxicity as well. Some neuroprotective properties of ketones have been theorized; these could affect narcosis, as could the anxiety-reducing properties of the process. 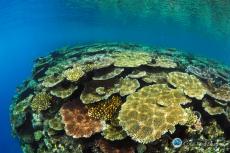 Fish in study can be identified based on their movement and behaviour
28 Feb, 2021 - 01:38
END_OF_DOCUMENT_TOKEN_TO_BE_REPLACED